Back to Fairy Tale School.

September is going to be here in a couple of weeks.  Soon, America’s young people are going to be returning to school.  And if our current children’s pop culture is to be believed, so will many famous fairy tale characters and their descendants.

As of right now, the list of television, toy, book and internet properties that use the “fairy tale high school “ trope (or some variation of it) consists of:


Mind you, these are just the ones I know about right now and some of them may have already run their course.  However, for so many variations of this one concept to appear over the course of four years is a bit mind-boggling.  One could assume that for many it’s an attempt to feed off of the success of Mattel’s popular Ever After High line.  However, only two of them, Fairy Tale High and Disney’s Descendants, ever seemed positioned to even compete with Ever After High on their home turf of the doll aisle.  The newest one of these is Regal Academy, an Italian series by the same folks that gave the world Winx Club.  The show had its US premiere on Nickelodeon this past Saturday.

Children’s media is no stranger to the “stick a selected genre in a high school setting” concept.  Though, it’s usually more spread out than this.  Also, in my experience, the genres in question are usually classic monsters or superheroes (two other things I’m very fond of).  Though, schools for ninjas, spies and of course wizards are hardly unheard of.  There was almost a Batman series entitled Gotham High once.  Heck, there was almost a Muppet High series (come to think of it, if they existed I might have actually watched them).

Of the ten properties listed above, I have some degree of experience with about seven of them, even if it’s just one episode.  The odd ones out are The Ever Afters, Grimmtastic Girls and Fairy Tale Reform School (I don't have much time to read middle grade novels).  You may recall that I’ve touched on the other properties before HERE, HERE and HERE.

But how do we judge these things and how do we compare them?  In my experience, many of them have good points, bad points and points that just make me scratch my head.

I gave the first book in Soman Chainani’s The School for Good and Evil series a positive review way back when.  I liked the way it played with fairy tale archetypes and put them to use within a high school setting.  At the same time, I gave Happily Ever After High School more of a negative review for its various flaws.  By the same token, I didn’t think Disney’s Descendants was all that great, but I thought it was so basically harmless that it was hard to really condemn it.  It also gets points just for trying to do this kind of thing in live action.  Teenage Fairytale Dropouts, a Mexican/Irish/Australian/American co-production based loosely on the Mexican animated film Magos y Gigantes was more comedy oriented than many of the others (not that any of them are serious drama).  The series focused on Jeremiah, a giant who is only five feet tall, Fury, the wingless daughter of the Tooth Fairy and Trafalgar, Merlin’s cocky but magically inept nephew, as they tried to navigate high school in the town of Fairy Tale Estates.  From the clips I’ve seen, could actually be pretty funny in spots.  That, however, didn’t stop it from being cancelled before playing out its full run on US TV.

But like I said, many of them have real head-scratcher moments.  The Fairy Tale High line seems to consist entirely of a (probably discontinued by now) doll line and two computer animated youtube videos.  The first video of the two sets the characters up at (and here’s the head-scratching part) a school for music and the performing arts.  A place that the narrator claims is “perfect for young princesses in training”.  I guess maybe they thought all the singing and dancing in Disney movies was a part of their royal duties.  Disney’s Descendants has the head-scratcher of trying to explain how all the different “Disney Kingdoms” got amalgamated into the country of Auradon.  You know, Kingdoms like 20th Century London (101 Dalmatians), China (Mulan), France (Beauty and the Beast) and others.  Essentially, King Beast straight-up took over the world.  And one that’s been bugging me more and more has popped up in both Regal Academy and The School for Good and Evil: they have characters perform magic that probably shouldn’t be able to.  There’s only been one episode of Regal Academy, but the main character Rose Cinderella has already been given a wand that allows her to do “pumpkin magic” (which makes it sound more like she's related to the fairy godmother).  In The School for Good and Evil, characters do magic by using their “fingerglow” (basically, they point at stuff and magic happens).  The confusing thing is that protagonists in fairy tales usually don’t do magic, magical things just happen to them and they deal with it. 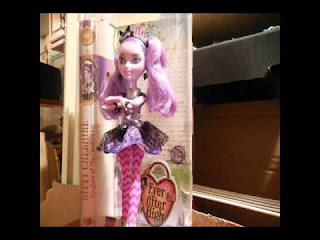 Probably the standard-bearer at this time for such a thing is Mattel’s Ever After High line.  What started as a line of fashion dolls has also spun off a series of books (by Shannon Hale of all people), direct-to-DVD movies and internet based cartoons.  And I will admit, the animated bits are kind of a guilty pleasure of mine (remember I mentioned a guilty pleasure watch in my YouTube post last week).  I think the series has some thematic “oomph” in the fact that it deals with the idea of destiny vs choice to an extent.  The series can also be rather clever in spots (I still love how the Mad Hatter’s daughter can hear the narrators because she’s crazy).  There’s also something about the designs.  Yes, they are kind of ridiculous on the surface and no real human being would dress like them.  However, I love how many of the characters look like they’re trying to cosplay as an entire story.  The character of Briar Beauty (daughter of Sleeping Beauty) typically wears things patterned with thorns and a pair of shades that kind of looks like a sleep mask.  The Crumm Cousins (children of Hansel and Gretel) have candy patterns on their clothes.  Still others look like an odd mash-up of fairy tale and modern high school.  Daring Charming’s princely garb also looks an awful lot like a varsity letterman’s jacket.  And yet, there are still those odd bits.  For example, the familial connections that were so important to so many of the original tales seem to be gone here.  The daughter of Snow White and the daughter of the Evil Queen know each other but are unrelated in this series.  Combining that with the whole notion of them preparing to play out the same stories as their parents sometimes gives the whole thing a strange air of performance.  As if the characters are all actors prepping to take part in some lifetime-long pantomime.

These properties though, are all intended for young people ages 6-11.  So, they’re counting on them not sweating the details.

I can probably go on for a while about the esoteric bits of these different properties.  However, by now it’s probably best to tackle one of the big questions: Why?  Why combine fairy tales with high school?

Beyond the tendency to use the “high school” setting by cartoon writers anyway and the fact that a young audience can relate to going to school, I imagine some degree of it is a synthesis of other pop culture factors.  The Harry Potter series proved fantastical school settings can be popular.  The popularity of the Shrek movies showed that people would be interested in comedic fairy tale mash-ups.  But maybe there’s more to it than simply imitating a popular property and the formula of (Harry Potter+Shrek=Money).  I’ve said before that I often see fairy tales as stories of transformation.  Well, many people see high school as that too.  Though human beings tend to change and evolve every day of our lives, adolescence is often considered to be a period of the most dramatic change.  That’s why there’s an entire genre that’s comprised of stories set during this period of life: the coming-of-age story.  So, combining the transformative process of surviving a fairy tale with that of surviving high school could work.  I don’t mind the trope itself since it’s rarely played all that seriously. 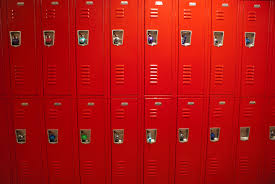 And you know, the idea itself sounds fun at least from a character creation standpoint.  The whole bit where you mash up fairy tale archetypes with character types out of The Breakfast Club.  And I bet fairy tale fans like us could come up with some interesting ones.  Like, what would Bluebeard be like as a teenager?  Or the Girl with the Silver Hands?  Or Vasilisa the Beautiful?

I’ve got an idea I’m just going to throw out there.  Let’s see what high school-ified takes we can come up with for fairy tale characters both famous and obscure.  You can do it in the comments below but I’d also like to see if we could get something going on social media.  So, you can also post them on the Fairy Tale Fandom Facebook page.  (I think the character limit might make this too hard to do on Twitter).  Also, as usual, I am interested in your thought on the post itself too.

Until next class period, this is the Fairy Tale Geek signing off.
Posted by Adam Hoffman at 8:21 AM