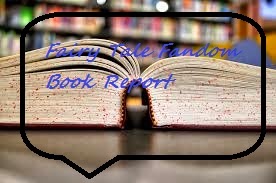 It’s that time of year again!  Back to school!  What?  You’re a little confused because it’s May and most schools in North America are winding down for the year and getting ready for summer vacation?  Well, here’s the thing, we’re not so much going back to a physical school as we are going back to the “fairy tale school” trope.

For anyone who’s been paying attention to fairy tale depictions in media for children and teenagers, you’ll notice that the “fairy tale school” concept is pretty big.  There are two fashion doll lines based on it, Ever After High and FairyTale High.  There are children’s books like The School for Good and Evil and Grimmtastic Girls based around it.   There are also cartoons like Teenage Fairy Tale Dropouts.  This summer, Disney tosses its own hat in the ring with their TV movie Descendants, which is sure to have a toy line to follow.  The whole fairy tale school thing may seem a bit odd and sudden as far as trends go.  However, I’ll point out that it’s really just a sup-type of the “Special School” trope which is much older and more prolific.  It’s the trope that since the ‘80s has given us superhero schools (Hero High and Sky High, for example), monster schools (Gravedale High and Monster High), ninja schools (Shuriken School), alien schools (Galaxy High) and wizard schools (you may have heard of a little book series called Harry Potter), among others.

The book I’m going to focus on today is a little bit more under the radar than most, seeing as it’s coming from a small publisher and what seems to be a rather untested author.  The book is Happily Ever After High School by Savannah Ostler.  Ms. Ostler apparently isn’t new to media, apparently doing some acting and singing work.  However, this appears to be her first book.  This book actually only came to my attention after its official twitter account started to follow mine.  I decided “What the heck!” and decided to give it a try.  The book is published by Ravenswood Publishing as part of their Howling Wolf imprint for young adults.  While the book is Young Adult, it kind of seems to skew toward the younger, middle school section of the young adult audience.

There’s the bell!  I guess we’d better get this review underway.

The story is told through the eyes of 17-year old girl named Albany French.  Albany is a girl disillusioned with her life.  She skips classes, gets in trouble frequently with her teachers, forgets about her homework and fights with her father.  Her only escape is reading fairy tales, something her father has tried to dissuade since she was very young.  One day, Albany gets a phone call from her grandmother and receives some terrible news.  Her father has died in a plane crash.  Her mother having died long ago, Albany has no one to turn to now but her grandmother.  After moving in with her, Albany suddenly finds herself enrolled in Happily Ever After High School.  In this school, magic is commonplace, football is replaced with jousting and the cheerleading squad is filled with actual princesses.  As she adjusts to the new life that she always dreamed about, she finds that while some parts of living in a fairy tale are fantastic, other parts are nothing like she expected.  She also finds out, by way of a fairy godmother that she never knew she had, that the deaths of her parents weren’t so accidental.  They were killed by a former student and she’s expected to get her revenge when he inevitably comes for her.

Okay, maybe I should go into more detail.  While I like the book’s concept, certain aspects of the story seemed rushed and under-developed.  The death of Albany’s father seems particularly sudden, with no mention of any sort of funeral or grieving period for Albany.  The villain is also introduced without much development.  The character, named Larry Shadows, is supposed to be such a big deal that he has some degree of say in the law regarding creatures like centaurs and unicorns.  Yet, there isn’t quite enough world-building to explain why he has this authority.  Is he the king?  Are the teachers at this school just waiting for this girl to kill their king?

From a fairy tale standpoint, the book kind of drifts from this central premise and into more of a general fantasy area as if it’s some kind of Harry Potter knock-off.  As I said before, there are centaurs and unicorns, which aren’t very fairy tale-ish.  She also mentions that in addition to princesses, witches and trolls, some of the students are vampires, werewolves and mummies which causes more of a drift toward gothic fantasy.  On top of that the school is also filled with all sorts of generic medieval characters like knights, jesters and blacksmiths, which don’t really have much of a presence in traditional fairy tales (woodsmen, hunters, tailors , soldiers and farmers, sure.  But not blacksmiths).

Don’t get me wrong, there are some good bits.  There’s a terrific “definition” of the fairy tale in there that pretty much sums up how a fairy tale character would see a fairy tale.  There’s also a very amusing and astute observation towards the middle that high school is always pretty much the same regardless of how fantastic the school is.  Also, just the idea of casting fairy tale princesses as snobbish cheerleaders is too fun an idea and I don’t know why more people haven’t played with that.  I also just think that Ostler does a good job of giving a voice to her main character.

To end this odd and uneven book, the last part of it after the story is filled with . . . recipes.  Fairy tale themed recipes.  I’m going to give those another look because I’m a food geek, but it’s very much a strange addition.

I feel like there’s the seed of something good here, but it just didn’t germinate like it should have.  I wish miss Savannah Ostler all the best in her future endeavors and I hope she evolves as a writer.  However, this first book is just too clunky to receive all that much praise.

Well, I guess we can put this story away for now.  We’ll keep it in the locker until further notice.
I will say that all these fairy tale school concepts have gotten me thinking about how fairy tales and high school are alike.  I mean, they’re both trials.  You go through all this stuff.  Trolls and witches and hormones and bullies and all that horrible stuff.  People always tell you it’ll get better.  When does that happen?  Right at the end.  They all graduated happily ever after!

Until next time, I’m the fairy tale geek wishing you all a happy ending.
Posted by Adam Hoffman at 5:16 PM