So, when I was on vacation last week I received an e-mail from someone who wanted me to check out a YouTube video they made that mashed up the Olympics with fairy tale characters.  The idea being that maybe I could pass the link to my devoted readers.  Well, the concept seemed interesting so I clicked over to Kingdom Games on the Fantasy Fitness channel and . . . I wasn’t particularly impressed.  Maybe because it’s really more people in Disney cosplay pretending to participate in sports but it just didn’t do much for me.  Maybe you folks will have a different reaction.

But I thought that maybe I’d use this chance to promote some of the fairy tale related stuff I’ve run across on YouTube.  I’ve already done a little of that in the post I made for the Beauty and Beast teaser, but I thought it would be nice to have a proper post about it. 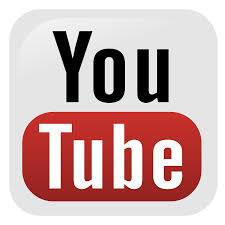 Now, I’m going to admit it: about 90% of fairy tale stuff you’ll come across on YouTube is Disney related.  I could be wrong, seeing as YouTube is an unusually vast platform.  However, even Disney related content can be good (even if we get a little tired of it being, y’know, everywhere).

Disney is often a draw for singers on YouTube and one of my favorites to get into the whole “Disney Princess song” thing recently is Evynne Hollens.  Evynne Hollens is the wife of the equally musical Peter Hollens (who I like for his folk song acapellas).  One thing I like about Evynne’s Disney song videos is that after the first few she’s added a certain variety to them.  Her Pocahontas, Mulan and Brave videos were notable mostly for the singing and the locations.  However, after that she started changing it up.  The Enchanted video had a story to it, with her husband playing a key role.  Her Cinderella video was a mash-up of “A Dream is a Wish Your Heart Makes” and “New Romantics” by Taylor Swift.  And her Snow White video turned out to be a mother/son video with her little son playing the part of the prince and filmed at the Enchanted Forest amusement park in Oregon (remind me to write a post on fairy tale amusement parks someday).  She even sang with a real jazz band for her Princess and the Frog video.  If you want to see any of them, click over to her Disney Collection.

Another favorite for YouTube musicians is music from the musical Into the Woods (which I know has a Disney connection now, but the music predates it.  One favorite is Nick Pitera’s “One Man Into the Woods” medley.  Violinist Lindsey Stirling also made a medley, sponsored by Disney when the movie came out.  Also, for some reason I just love this video of people lip-synching the song “Your Fault” in a car.  I can’t explain it.

I’d be remiss to not talk about storytellers on YouTube as well.  One of my favorite story telling vloggers is Dael Kingsmill, formerly of the Geek and Sundry vlogs channel.  She tells a lot of stories from mythology, but she also has a series of fairy tale videos she refers to as Faerie Daels.  I’m also going to plug Story by Story here which is a show by the storytelling guild I’m a member of.  They tell all sorts of stories.  You can even hear me tell “Kate Crackernuts” and “How Six Men Got on in the World”.

There are also some literary webseries that fairy tale fans might like.  One I like is The New Adventures of Peter and Wendy.  It’s based on Peter Pan but reimagines it as a commentary about growing up and being a functional adult in the modern world.  For more traditional fairy tale fans, there’s Grimm Reflections.  If any of these interest you, there are even more interesting ones that aren’t necessarily based on fairy tales and children’s literature on the master list at Tell Me a Tale. 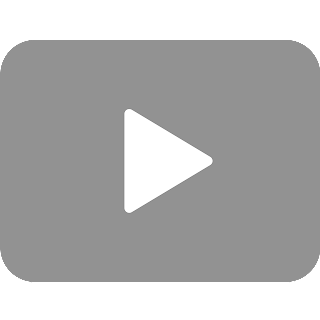 There are also some fun animations like the How it Should Have Ended Kids channel’s Fixed Fairy Tales.  There’s also the far less kid-friendly Twisted Fairy Tales which are told by the one and only William Shatner.

I think it’s also best to mention the stuff that maybe shouldn’t be up on YouTube but is anyway.  Yes, I know that copyright infringement isn’t a good thing and I try to avoid it whenever I can.  However, some of this stuff has been up there forever, which means that the real owners don’t seem to have any interest in taking it down.  It’s also often the only place you can find this stuff.  I’ve already pointed people to stuff like Grimm’s Fairy Tale Classics in past posts.  But how about looking back at the time ABC tried to make a sitcom based on Snow White back in the ‘80s, The Charmings.  Or maybe you want to revisit the Muppet specials that were based on fairy tales like Hey Cinderella or The Frog Prince.  As far as I know, YouTube is the only place to do it.

Well, that’s more than enough for now.  I’ve pretty much inundated you with links.  There is one more kind of YouTube fairy tale video that’s a bit of a guilty pleasure of mine, but I think I’ll save that for another day.

If anyone else knows of any videos worth checking out, let everyone know in the comments below.
Posted by Adam Hoffman at 7:37 PM