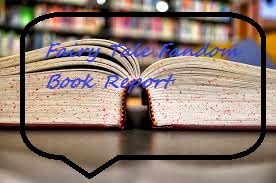 
Y’know, these days it seems like there are so many new pieces of fairy tale fiction coming out that it’s hard to keep up with it all.  That’s why you’ll find that, more often than not, I follow the lead of the numerous “retro” or “nostalgia” reviewers who populate the internet.  I look at the old material that’s coming out and see what’s worth digging up.  Besides, it’s easier to get older material when you’re using the public library to access it (hey, I’m working with a peasant’s budget, not a prince’s budget).  However, in this case, I feel I need to write this review now.  It’s not for a book that just came out.  In fact, it’s for a book that I believe came out last year.  So, why the rush?  Why, it’s because the sequel to this book is coming out TODAY and I feel the need to recommend what could be the beginning of a great series before it slips past anyone.  What is the title of that book?  It’s The School for Good and Evil by Soman Chainani. 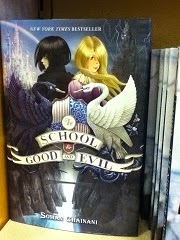 Yes, we’re delving once again into the world of contemporary children’s literature.  However, it’s very good children’s literature.  First, before I go on, I must say something that I didn’t get to say in my “Ever After High” post.  I am so jealous of both Soman Chainani and the people at Mattel.  I had an idea for a story involving a high school for fairy tale characters before I heard of either Ever After High and The School for Good  and Evil and I missed my opportunity because I dragged my feet rather than writing it down.  Curse my procrastination!


Anyway, the premise of the story is this: there is a village in the middle of the forest named Gavaldon.  Every few years, a shadowy being called the School Master comes and takes two children over the age of 12 away to a mysterious place called the Schools for Good and Evil.  The missing children are inevitably spotted again, only this time it’s in the illustrations of story books.  That’s right, the Schools for Good and Evil are where fairy tale heroes and villains are made.  Now, there are two children in Gavaldon whose fate is tied with this school.  One is Sophie, who is pretty, blond and fair and seemingly destined for a royal life.  The other is Agatha, who is pale and surly, always dresses in black and lives in a house in the local cemetery.  Despite appearances to the contrary, Sophie and Agatha are friends.  Sophie wants desperately to be taken away by the School Master so she can become a princess.  Agatha’s mother wants her to be taken so she can become a witch, but Agatha likes things just fine the way they are.  Inevitably, the School Master does come and takes them both away.  However, things take an unexpected turn for both girls when Sophie gets dropped into the School for Evil and Agatha gets placed in the School for Good.  Surely, a mistake has been made . . . or has it?


The School for Good and Evil is a story that plays with the many stereotypes and assumptions that people have about fairy tales and how fairy tale heroes and villains are meant to look and act.  It’s also a story about the many shades of grey between good and evil.  Most of all, though, The School for Good and Evil is the story of an unlikely pair of friends.  If you’re one of the many people out there who tires of fairy tale fiction focusing on romantic love, this may be the book for you.  While there are certain romantic elements centering around a prince named Tedros (son of King Arthur and Guinevere), the soul of the story is the friendship between Sophie and Agatha.


One of the things that I think really makes this book work so well compared to other stories that try similar things is the setting.  Where better to deal with these subjects than in a high school (well, boarding school, technically).  High school is already a place where cliques run rampant, snap judgments are frequently made, appearance seems to mean far more than it really should and people struggle to find their path despite the assumptions of others.  The difference here is that instead of people being stuck with labels like “brain”, “athlete” or “basketcase” (thank you, John Hughes), they get labeled things like “witch”


(Yes, I know that’s Princess Peach from Super Mario Bros., but it’s the most stereotypical pretty pink princess I could find this side of Disney).  If you missed this one, The School for Good and Evil is a real treat.  Hopefully, The School for Good and Evil: A World Without Princes which hits stores today is just as good.  We may just have a new heavy hitter children’s book series on our hands.  Don’t miss this one, check your local library or book store as soon as you can.


Read this book already?  Give me your thoughts in the comments below.
Posted by Adam Hoffman at 10:40 AM