Once Upon a Time Slot. 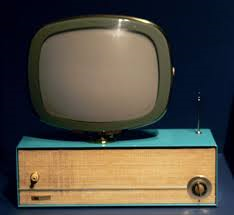 Ah, September is here once again and so is the Fall TV season.  Returning with it are TV shows that take inspiration from fairy tales.  The CW’s Beauty and the Beast seems to keep on going (not sure, I never got into that show).  NBC’s Grimm returns for another season.  ABC’s Once Upon a Time also returns.  With this season of Once Upon a Time taking inspiration from Disney’s new hit movie Frozen, it seems the show has essentially dropped all pretense of being anything more than a Disney soap opera.


Don’t get me wrong.  I watched Disney animated movies too, just like everyone else.  However, the Disney fairy tale movies all seemed kind of, well, princess-y.  They often had more girl appeal than guy appeal.  The exception, I suppose, was Aladdin which I wasn’t sure was a fairy tale or not (Arabian Nights were a cloudy area for me at the time).  I gravitated more to non-fairy tale stuff like Hercules, Tarzan and The Jungle Book.  Also, as I’ve stated before, in our modern pop culture world, it’s awfully easy to take the Disney stuff for granted.  What I needed was a reason to give fairy tales a second look.


If you clicked on the link, I’m sorry but you may have that song in your head all day.  Anyway, Grimm’s Fairy Tale Classics was the American version of a Japanese anime series that adapted stories from the Brothers Grimm and aired on Nickelodeon in the ‘90s.  This was the show that showed me that there were tales out there beyond the ones I knew.  It showed me that Disney did not own the exclusive rights to the fairy tale.  Many stories I love like “How Six Men Got On in the World”, “Jorinda and Joringel” and “The Shoes that Were Danced to Pieces” were introduced to me on that show.  They also sometimes still kept in some of the controversial parts at least before they were edited out later.  I remember seeing an earlier cut of their adaptation of “Allerleirauh”, entitled “Coat of Many Colors” and remember that they still kept the part about the king wanting to marry his daughter.  They just played it as the king going mad from some sickness, though.  I still find myself thinking back to that show sometimes and wishing it was on DVD, though I have a feeling it wouldn’t hold up as well for me today without the nostalgia goggles on (and yes, I do have those titles linked to their respective videos, but the quality isn’t great and they’re a bit extralegal in this form).


However, that’s not all there is to it.  Back in the ‘90s, the world of TV animation was filled with all sorts of off-brand, often-imported TV shows that used fairy tales and children’s fantasy stories as their inspiration.


There was a Pinocchio show.  Reading comments about it from viewers online suggests that many people thought it was kind of depressing.  This is actually a good sign (compared to the Disney version, anything would seem depressing).  There was a Little Mermaid show.

Heck, I just found out when researching this post that there was a Cinderella show.  Most of this renewed interest in fairy tale cartoons was probably a reaction to the rebirth of Disney's animation department following the release of their version of The Little Mermaid.  Now, I actually didn’t have the luck to watch all these cartoons.  However, I did get to see Fox’s Peter Pan and the Pirates. 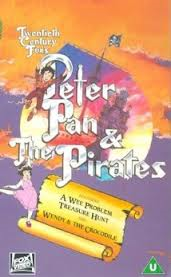 Fox’s Peter Pan and the Pirates was a cartoon that aired on Fox and it may have been what made me into a Peter Pan fan.  The show didn’t really follow the story from the original play or novel.  It mostly dealt with Peter, the Darling children and the Lost Boys having new adventures in Neverland.  However, it did introduce me to aspects of the Peter Pan story that I didn’t know from the Disney animated version.  This show is what informed me that the pirates other than Hook and Smee and the Lost Boys actually had names (Nibs, Toodles, Slightly, etc).  Peter himself was one of the best parts.  The Peter Pan on Fox’s Peter Pan and the Pirates was cocky, arrogant, obnoxious, thoughtless and couldn’t take anything seriously.  He just had loads of personality.  A lot of his traits were negative, but he was still a very fun character.  In other words, he was much more like the young antihero that J.M. Barrie wrote about in his children’s pantomime than the impish scamp that Disney put on the big screen.  On top of all this, we got Tim Curry providing the voice of Captain Hook!


Now, not all cartoons with fairy tale names did all that much to give people a second look at fairy tales.  I also remember watching The Fantastic Voyages of Sinbad the Sailor.  It was a fun show, but it did pretty much the same thing that every other Sinbad show or movie has done.  Essentially, it showed the adventures of a generic Arabian seafarer named Sinbad (ever notice just how many Sinbad shows and movies there are that don’t really have much to do with the actual story of “Sinbad the Sailor”?).  Also, the show had a strange tendency of drawing on Greek mythology more than Arabic folklore.


There are still fairy tale derived cartoons on TV, but most of the ones I see coming out are mash-ups.  There’s an Ever After High show coming to Netflix and The Hub has Teenage Fairy Tale Dropouts (which, sadly, I have a hard time seeing for review purposes).


I suppose this might be one of the reasons I’m so hard on shows like Once Upon a Time.  I had hoped that we might get something that would introduce adults to new fairy tales the way Grimm’s Fairy Tale Classics did for me as a child.  Still, sometimes you can find obscure fairy tales in unexpected places.  A while ago I turned on the TV and was surprised to find that the preschool show Super Why was airing a “Momotaro” episode.  I guess hope really does lie with the younger generation.


Anyway, that’s my two cents.  If you have anything to say about fairy tale cartoons or fond TV fairy tale memories, post them in the comments.
Posted by Adam Hoffman at 5:44 AM