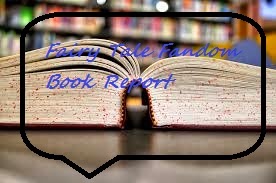 So far, writing for this blog has been quite the experience.  I’ve made contacts with all sorts of fairy tale fans and learned and done so many things.  I’ve learned how to promote my blog.  I’ve learned to enjoy the ballet.  And, of course, I’ve read lots and lots of fairy tales.  However, a few weeks ago, I got an offer that’s been a of my blogging career.  I was contacted by Sterling Publishing and asked to participate in the official blog tour for the new picture book Twelve Dancing Unicorns by Alissa Heyman and Justin Gerard.


Naturally, I agreed.  I mean, I so rarely get to review brand new books and picture books even less so.  However, Fairy Tale Fandom isn’t really a children’s blog.  It’s a fan blog.  I’m a bit out of the loop when it comes to stuff for this demographic.  I am library trained, though.  I could check my textbooks and the other literature and refresh my reviewing and evaluating skills, and I did.  However, I still felt the need to call on some reinforcements.


So, I called on the assistance of my 5-year old niece.


The story is based on “The Twelve Dancing Princesses” aka “The Shoes that Were Danced to Pieces” from the collection by the Brothers Grimm.  In this case though, it is twelve unicorns who escape their chains each night.  Also, instead of being followed by a soldier, a little girl takes the role of hero.  So, with review copy in hand, I headed over to my sister’s place for story time.  At the end, I asked my niece a few questions.


Q: What was your favorite part?
A: I liked the part where they were all sleeping. (Reference to illustration on page 4)


Q: How about the king?  Because he started out as kind of a mean guy who kept the unicorns locked up.
A: But now he gets to dance with the unicorns.


Q: Would you want to hear this story again?
A: Yes.


Okay, I’ll admit that my interviewing skills could use a little work.  However, she sat through the entire story, which I find to be a good sign when dealing with any book and any five-year old.  Also, she verbally interjected a couple times during the story (“invisible!?”), which I take as a sign that she was getting into it.  Now, on to my own part of the review.


First of all, this is a beautiful picture book.  The illustrations by Justin Gerard are fantastic.  I’m not sure what medium the illustrator used.  However, there’s a certain luminescent quality to the artwork.  It’s as if there’s a soft glow coming from some of the pictures.  This does a terrific job of conveying the type of magic typically associated with unicorns.  The pictures complement the story by Alissa Heyman very well.  One thing to be noted is that this is a picture book aimed at the older end of the picture book audience.  A quick search shows that this book is directed towards children ages 4-7.  So, that’s more of an early school age audience than a pre-school age one.  So, the text seems far more focused on simply telling a story straight out than using the many conventions picture book text uses for the pre-school set like rhyming and repetition.  In fact, some of the vocabulary like “iridescent” might even seem a bit challenging at first glance.  However, my niece seemed to follow along just fine.  So, if you’ve got a child in your life who is about kindergarten age, this book might be just right for them (especially if they’re crazy about unicorns).  If the child in your life is only about two or three years old, then you may want to wait on this one.


Something that will interest fairy tale fans is comparing this version of the story to the more well-known versions.  By changing the story’s moving parts, it becomes a new story with its own message.  The original “Twelve Dancing Princesses” was essentially a story about twelve rebellious teenage girls escaping from where they’re supposed to be to someplace that is both wondrous but with an undertone of the sinister.  The soldier who follows them is a man who’s set on solving the mystery in hopes that he may gain the reward and make a life for himself now that his military service has ended.  However, in Twelve Dancing Unicorns, with the shift from princesses to unicorns, you now have twelve animals that are not where they’re meant to be and escape to a magical place that is where they’re meant to be.  The little girl, as opposed to the soldier, is acting more out of empathy towards the unicorns than in expectation of a reward.  So, what was once a story about a king trying to get his family in line becomes a story about empathy and the folly of trying to hold captive animals that the king does not fully understand.


So, what we have is a beautiful picture book for early school-age kids that reframes a classic tale and turns it into something all its own while still keeping the structure of the plot the same.  I liked it and my niece liked it and would listen to it again.  I’d say that’s a pretty good endorsement.  If you’re in the market for picture books either as a picture book collector or because you have a child in your life to read them to, give this one a try.  It’s an especially good buy for those who are fans of fairy tales or unicorns.  I think it’s safe to say that Twelve Dancing Unicorns by Alissa Heyman and Justin Gerard has won the Fairy Tale Fandom stamp of approval.