Hey, folks!  I guess it’s been a while.  These days it feels  a bit hard to come up with new material, but I’m still trying.  It’s even hard to get my hands on it.  I’m still waiting on a comic I wanted to review.  So, let’s go back to a couple of familiar subjects: animated movies and Swan Lake.

As you may recall, during the early days of this blog I did a three part project on the story from the ballet Swan Lake.  I looked at a picture book, the animated movie The Swan Princess and a recording of the actual ballet itself.  You may also recall that The Swan Princess wasn’t very good.  It took the story and bent it all out of shape in order to introduce the idea of Odette and Derec (Siegfried in the ballet) having this long history together.  It then just fell apart more from there.  I was absolutely baffled to find that the movie had a number of straight-to-video sequels.

I am happy to say though, that I have found an alternative! 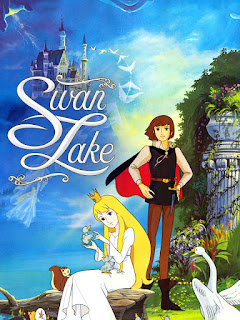 In 1981, Toei Animation wanted to release a movie to celebrate their twentieth anniversary.  For those not in the know, Toei Company Ltd. is a Japanese film and television production company.  Toei Animation is the animation wing of Toei Company Ltd.  Toei in general is well known for producing a number of famous Japanese productions ranging from Super Sentai and Kamen Rider in live action to famous anime series like Sailor Moon, Dragon Bal, and Digimon.  And their animation wing is not unfamiliar with fairy tale content, as evidenced by the big, giant head of Puss-in-Boots in their logo. 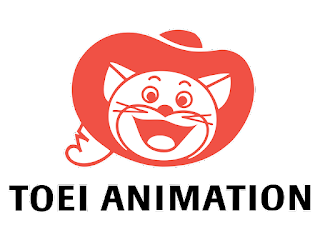 Anyway, they celebrated their twentieth anniversary by releasing an animated film based on the story of Swan Lake.  The story, as is usual for Swan Lake, concerns the princess Odette who is cursed to be a swan during the day by the sorcerer Baron von Rothbart.  One fateful day she encounters Prince Siegfried and they fall in love at first sight.  He then invites her to a ball where he’s supposed to choose his intended bride.  Things don’t go as planned though when an impostor shows up in Odette’s place.

And that’s it.  That’s the plot of Swan Lake.  It’s also the plot of the Toei Swan Lake movie.  See how simple that is.  There’s a little more to it, but the plot still takes that basic shape.
So, will you enjoy the Toei Animation version of Swan Lake?   Well, that depends on a couple of things.  First of all, how are you at dealing with old-school fairy tale nonsense.  Second, how are you at dealing with old-school cartoon/anime nonsense. 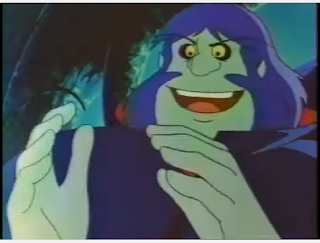 In terms of fairy tale nonsense, be aware that Odette and Siegfried’s romantic relationship takes off very quickly.  It’s basically your usual “love at first sight” relationship.  I understand if it feels too abrupt for some people, but it works okay for me.  This is for two reasons.  One, it happened that way in the ballet too.  So, I’ve learned to accept it.  Two, trying to expand on the relationship was what threw The Swan Princess’s story out of whack in the first place.

There’s a lot more to deal with in terms of cartoon/anime nonsense though.  For one, it just looks and sounds like an ‘80s anime.  The art style looks like something out of Voltron crossed with Grimm’s Fairy Tale Classics.  The soundtrack is the music from the ballet, but sometimes it seems to just stops as if they haven’t figured out how to accurately loop it or fade it in or out.  The villain, Rothbart, comes across as a straight-up ‘80s cartoon villain.  He’s dangerously powerful but often goofy and his lack of ambition seems odd in conjunction with his power.  His one motivation is that he wants Odette to marry him.  Not only marry him (which he could probably force her to do) but agree to marry him.  I’d compare him to Bowser from the game Super Mario Odyssey with the whole wedding obsession, but Bowser didn’t seem like he was waiting for Peach to agree to anything.  He was going to marry her if she wanted to or not.  Then there are the squirrels.  Throughout the movie, there’s a subplot about two squirrels named Hans and Margarita.  They have their own little love story going on and they observe a lot of the story as it goes on,  However, they’re only active players in the story for one part.

Despite all that ‘80s anime silliness, I’m cool with it.  To me, all that is part of the movie’s charm.  It has that goofy old kids’ anime from the ‘80s feel, and that’s why I like it.

There are some other things worth noting.  They added an action set piece to the end of the movie in which Siegfried fights against Rothbart.  They also did it in such a way that it still involves an act of sacrifice that’s in keeping with how the ballet usually ends, but with a happy ending that most people would be wanting to see from a family film.  Also, for some reason I just love this movie’s version of Odile. 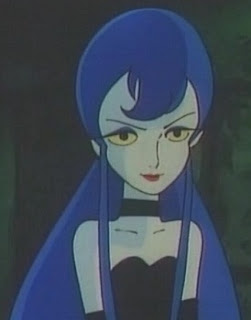 Odile is essentially Odette’s evil twin from the royal ball scene.  She’s also Rothbart’s daughter.  However, in the ballet she’s barely even a character.  And in The Swan Princess, her part was basically played by some old servant.  In this movie, she’s a sly, sassy teenage girl who’s mostly amused by her father’s narrow ambitions and constant attempts to get Odette to marry him.  She also seems a bit smarter than her father, in that she’s the one who comes up with the plan to go to the ball in Odette’s place.  To be fair, she does kind of have the air of a high school “mean girl” character but it works for her.  There’s something deliciously nasty about her.  I do wish they had stuck to the long implied symbolism of her as a black swan rather than having her bird form be an owl like Rothbart’s, but that’s a minor nitpick.

So, I’m saying give this one a chance if you can deal with the fairy tale and cartoon nonsense in it.  It’s probably my favorite animated adaptation of Swan Lake (though, granted, I haven’t seen the Barbie one yet).  One place I know it can be found is on Amazon Prime Video where you can view it for free.

See ya next time.
Posted by Adam Hoffman at 2:05 PM