Hey, guys!  Remember a while back when I spotlighted the Three Bears brand of instant porridge and I said I’d do a post someday on a better recipe for “Goldilocks” porridge.  Well, that day is today, apparently.  This recipe is adapted from a recipe in the Weight Watchers Power Foods Cookbook (don’t worry about that part too much.  The Power Foods program isn’t even a thing anymore).  I tweaked it to give it more of a “Three Bears in the forest” vibe. 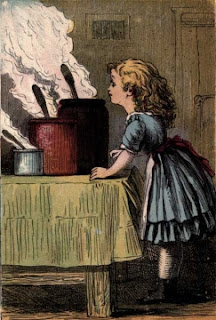 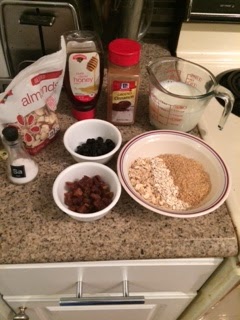 1)      Pour milk and salt into a small saucepan.  Bring milk just to a boil.  Keep an eye on the pot during this step.  Milk boils over easily.  What you’re looking for is bubbles just forming around the edges of the pot. 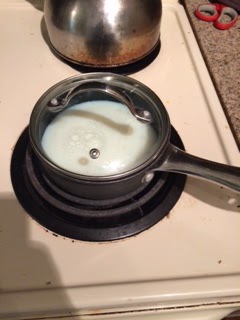 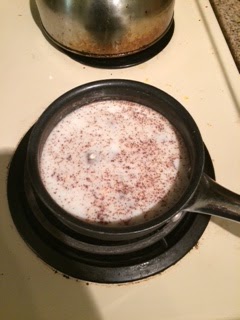 3)      Reduce heat and simmer, stirring frequently until the milk is absorbed.  About ten minutes.  At this point the grains should be tender but still chewy. 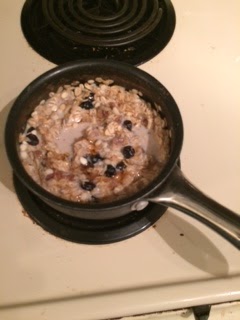 4)      Remove from the heat and stir in the honey.  Spoon the porridge into bowls and sprinkle with the nuts of your choice (I use sliced almonds).  The recipe should serve about four, which means that Goldilocks won’t have to steal hers this time. 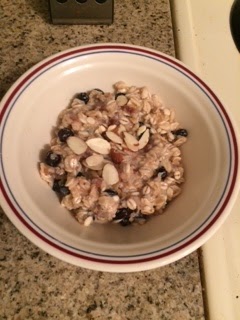 There you have it, porridge worth breaking into a bear’s house for (though I still wouldn’t suggest it).  Will there be more Fantastical Feasts in the future?  We’ll see.
Posted by Adam Hoffman at 2:01 PM