It’s awards season again!  We just had the Grammys and now right here on the blogosphere we have the Inspiring Blogger Awards.  Now, a week or two ago, my associate InkGypsy gave me one of these most coveted awards.  Now, I’ve decided to do my part to award this to several other bloggers.  One of the issues is that it seems as if me and Gypsy have similar tastes in internet reading material.  So, I had to dig deep and think back to some of the blogs I once read that I have fallen out of touch with.  They’re still inspiring though, because they’re what taught me what a blog even was.


But first, I’m supposed to list seven things about myself that you don’t know.  Here goes:


1)      My favorite animal is the gorilla.  This is unfortunate, seeing as gorillas rarely appear in folk and fairy tales.  I’ve never even encountered one in an African tales.  I’ll keep looking, though.


2)      I once interned at a library that used to be an old train station.  A train would still occasionally pass by, which would cause kids in the library to go wide-eyed.


3)      I like to cook and bake.  While I like to make sweets, my favorite thing lately seems to be making different kinds of bread.  Just recently I made English muffins from scratch: 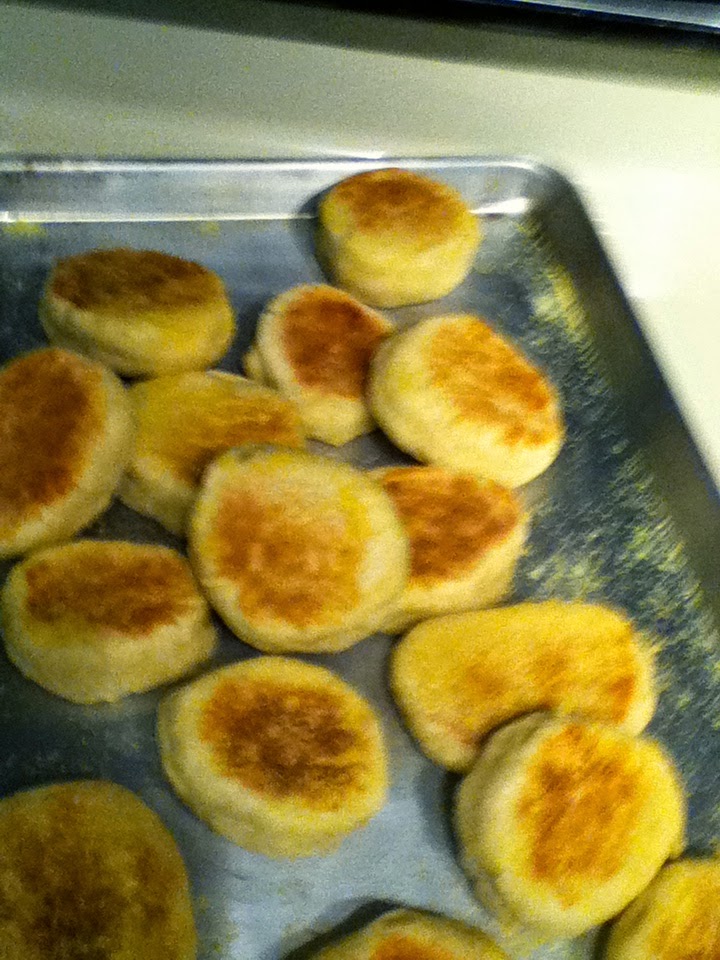 4)      I wasn’t always a fairy tale fan.  I became interested in folklore first by learning about American tall tales and legends when I was in cub scouts.  After that, reading comic books led me to reading Greek mythology.  Then, it was a high school elective course entitled “Fantasy Through the Ages” that led me to folk and fairy tales.


5)      I once tried to write a novel based on the story of “Jack O’Lantern”.  You remember Jack, right?  Anyway, I doubt a finished product of that will ever see the light of day.


6)      When asked what my favorite novel is, I will always say Frankenstein by Mary Shelley.  Part of this is because I had to read it multiple times in college for the various Humanities courses I took.  So, while I rarely feel the need to read it again, I feel like I know it better than any other book.  Being a classic monsters fan since I was 10 probably doesn’t hurt.


7)      I am currently quite addicted to playing Pokemon X.  I’m kind of a semi-casual gamer, but these games have a habit of drawing you in.  It’s actually making me consider starting a series on the influences of folklore on video games.  There are more than you’d think, especially when it comes to the Japanese lore.


Now, onto the awards!


- Amy-Elize Brown of Asleep in the Woods.  She seemed to come into the blogosphere around the same time I did.  Or maybe, that’s just when we discovered her.  Amy is a creative writing student with an interest in fairy tales, particularly “Sleeping Beauty”.  She always writes interesting, readable pieces on fairy tales and when she responds to commenters, it always seems to spark fun discussions.  She’s a bit busy with her dissertation right now, so she doesn’t blog all that much at the moment.  However, her sudden appearance on my radar reminds me that meeting new people with similar interests is one of the most “inspiring” parts of being part of the blogosphere.


- The fine folks at The Fairy Tale Lobby.  The Fairy Tale Lobby is a blog for oral storytellers being run by a discussion group under the auspices of the National Storytelling Network.  If that sounds a bit stiff and professional, don’t worry.  The blog itself is actually quite an entertaining thing to read.  That’s because it’s all done in character.  The concept is this: the Russian folk tale character Vasilisa the Wise runs a place called the Fairy Tale Lobby.  However, she’s often too busy taking care of various impossible tasks, so she leaves her simpleton friends Sagacia and Simplia to field questions and pose them to the group.  The end result is like a discussion within a tale which is both entertaining and enlightening to those who use fairy tales for performance.


- We go from one character hosted blog to another.  This one is Comics Oughta Be Fun by Bully.  Yes, a comic book blog had to make it in here somewhere.  I was way into comic books before I was way into fairy tales.  Now here’s the thing about Bully: he’s a little stuffed bull.  It’s a blog hosted by a stuffed animal (I’m pretty sure he has some help with this).  Bully’s posts are usually cute and amusing with lots of colorful pictures.  Bully projects a certain wide-eyed innocence and enthusiasm that often feels like the antidote to the cynicism and negativity that often gets associated with comic book fandom.


-Next, we have the illustrious Peter David.  Yes, THE Peter David, Writer of Stuff.  Peter David’s blog was probably the first blog I ever read.  I first discovered Mr. David’s work through the hilarious teen superhero comic Young Justice.  After that, his blog became regular reading material.  David would frequently through his blog give insight into the worlds of writing and publishing as well as his own political views as well as the wit and humor he’s often known for.  Not that long ago, PAD (as he’s known among his fans) suffered some medical issues that stopped his posting for a little while.  However, it looks like he’s back at it, which makes me happy to see.  Here’s to you, PAD!


-Now, for this last one, I’m not even sure it counts as a blog.  I think the people who run this site may view it more as a media news and review site.  However, the award is called “Inspiring Blogger Award” and to me the Brotherhood of Evil Geeks are inspiring.  The Brotherhood are a group of fantasy and science fiction fans from my neck of the woods who banded together to give the internet their views and opinions on comic books, movies, TV, video games and everything else in “geek culture”.  What makes these guys inspiring is that I know these guys!  Well, I don’t know them personally.  But I’m pretty sure I’ve run into a number of them at Earthworld Comics.  When these guys launched their website, I started thinking “if they can do it, I can do it”.  Then I did it.


That’s it.  Wait, is there and “Inspiring Vlogger Award”?  Vlogger as in “Video Blogger”.  Well, I guess I’ll just make one up then.


For the “Inspiring Vlogger Award”, I choose Dael Kingsmill.  She’s probably best known for her offbeat retellings of myths on the Geek and Sundry YouTube channel.  However, she also has her own channel called Monarchs Factory where she posts about everything under the sun.  She’s even started doing fairy tale retellings she calls Fairy Daels.  Always fun, always entertaing and with a great on-camera presence.  She wins the first honorary Inspiring Vlogger Award.


For each and every one of you guys, this award is for you: 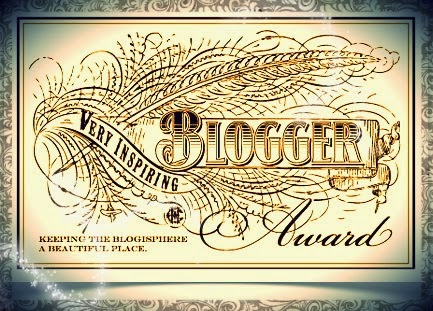 I just ask that you do the cool thing of granting the award to other bloggers who inspire you.
Posted by Adam Hoffman at 7:33 AM