Folk Tale Secret Stash: "The Frog Who Became an Emperor." 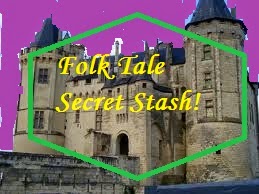 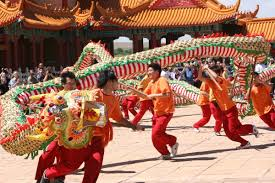 Well, Chinese New Year, actually.  That’s right, today is the start of the Lunar New Year.  In many Asian countries, each New Year is marked with an animal to represent it.  Using these animal symbols and other factors, supposedly people can determine how the year will progress.  There’s even an old tale that explains how these animals all came together.  Today marks the end of the year of the horse and the beginning of the year of the sheep.  Or is it the year of the goat?  It seems that because of the intricacies of languages and translation, there’s some discrepancy as to what kind of animal represents this year.  The other animals in the famous “Chinese zodiac” include tigers, dragons, oxen, rats, snakes, rabbits, pigs, monkeys, roosters and dogs.  Sadly, I think there’s an animal that’s sadly been overlooked in terms of getting immortalized as a zodiac animal.


Alas, there is no year of the frog! 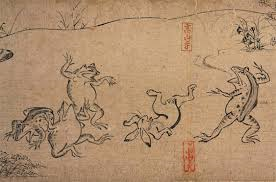 Why a frog?  Well, why not a frog!?  After all, a frog once became an emperor in   This is an old story of the Zhuang people of .  It’s a favorite Chinese folk tale of mine.  It’s also been adapted into comic form in the Jim Henson’s The Storyteller graphic novel from Archaia Studios (a nice book.  I recommend it).


Now, once there was a very poor couple who were expecting a child.  It got so bad that the husband had to go very far away to find work.  Before he left, he told his wife that whether the child was a little boy or a little girl, to raise it well.  The baby eventually came and boy was the mother surprised to find that it wasn’t a boy or a girl.  It was a frog!  Now, you and I as fairy tale geeks may not see this as quite so troubling from the outside, having encountered all sorts of “Tom Thumbs” and “Hans my Hedgehogs” as well as other strange birth stories but this woman had the misfortune of not knowing that she was smack in the middle of a fairy tale.  Anyway, the woman eventually decided to heed her husband’s words and raise the child as best she could.


As time went by, the frog child started to grow.  He grew much bigger than a regular frog, to about the size of a human being.  He also started to show a strange knowledge of things.  He claimed to “know everything under heaven”.  He predicted when his father would return home.  He also predicted that their country was in trouble and asked him to bring him to the capital city to help.  His father agreed, reluctantly.


In the capital city, the frog and his father found a posted decree from the emperor saying that he would give his daughter’s hand to whoever could turn back the invaders at their gates.  The frog snatched the decree off the wall and ate it (no kidding.  That’s what the story says).  The guard standing near the decree had little choice but to bring the frog to see the emperor.  The frog told the emperor that he needed no men, weapons or horses to turn these invaders away.  All he needed was a giant heap of glowing embers.  Naturally, the emperor thought this request (and possibly the whole situation) was quite odd, but agreed.  The embers were brought and the frog started eating them.  For three days, the frog stuffed his face full of embers.  Then, when he was done, he told the emperor to have his archers stand down and open the gates to the invaders.  The invading army streamed in and the frog, from his place at the top of the gate tower started spitting fire down on them.  Naturally, the enemy fled in disarray. 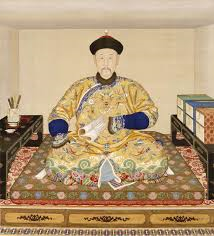 At this point, all seems well for the frog.  He saved an empire and is betrothed to a princess.  Well . . . about that last part.  It seems the emperor didn’t really like the idea of his daughter marrying an amphibian.  So, he told the frog that she had disapproved of the match (she did no such thing).  Instead, the emperor decided that the princess would choose her suitor through the casting of the embroidered ball.  Men gathered from all over to have a chance at catching the ball.  The first time she threw it, the frog caught it.  He just sucked it up into his mouth.  The emperor then just makes up a rule saying that the ball has to be caught by a human hand (The emperor’s a fink!).  Anyway, the ball is cast again and this time it’s caught by a handsome young man.  Now, the match is set.


Who is this young man?  How did the frog become an emperor?  What happens to emperors who break their promises?  You can find out the rest by clicking on this link right HERE.  Or, if you feel so inclined, you can see and hear me telling the story to my webcam by clicking HERE (I warn you, I’m not the greatest on camera).  Anyway, this is a favorite of mine to read and tell.  I continue to think that is a great untapped resource for fairy tales for those of us here in the Western part of the world.  This one also reminds us of how universal some of these motifs are.  In this case, the Animal Bridegroom motif.


In the comments, let me know if you think there should have been a year of the frog.  Also, clue me in to what your favorite Chinese folk tale is.  And may the new year bring you lots of joy and prosperity!