The Stuff of Legends: John Henry. 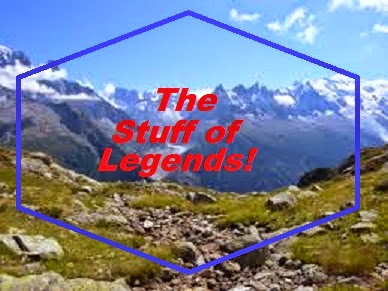 Welcome one and all, to another installment of The Stuff of Legends.  Now, if you’ve been paying attention to my posts, you may remember that I said in the past that my first major folklore obsession was actually with the tall tales and legends of the .  I also thought that since February is Black History Month here in the , that maybe I should talk about the one and only John Henry.  You all know John Henry, right?  The famous steel-driving man of great strength.  He was able to be a steam drill at its own game even though it cost him his life.  John Henry has long been at the top of the list of great American folk heroes alongside the likes of Paul Bunyan and Pecos Bill (who he, incidentally, made appearances with in the Disney film Tall Tale).  John Henry has come to be known for years as a symbol of strength and the ability for man to surpass machine.  People continue to promote his legend, including through a Disney short made in 2002.  On top of all this, he also managed to inspire at least one DC Comics superhero (though, the author of the book I’m about to talk about claims he inspired all superheroes).


Now, for ages, there was no evidence to support the notion that John Henry had ever been a real person.  Many legendary figures out of American folklore had been created largely to suit a location and profession rather than based on a real person.  The various ballads and songs about John Henry point to him dying while working on the Big Bend Tunnel. 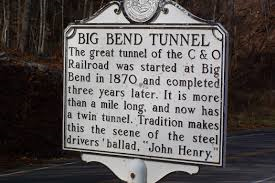 There’s even a statue of him erected in a nearby town. 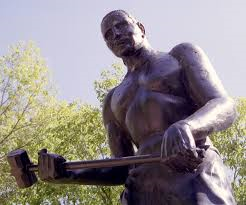 However, that’s about it.  But now, in a book published in 2006, historian Scott Reynolds Nelson thinks he has a candidate for who the real John Henry was.  The book is entitled Steel Drivin’ Man
with the subtitle of John Henry, The Untold Story of an American Legend. 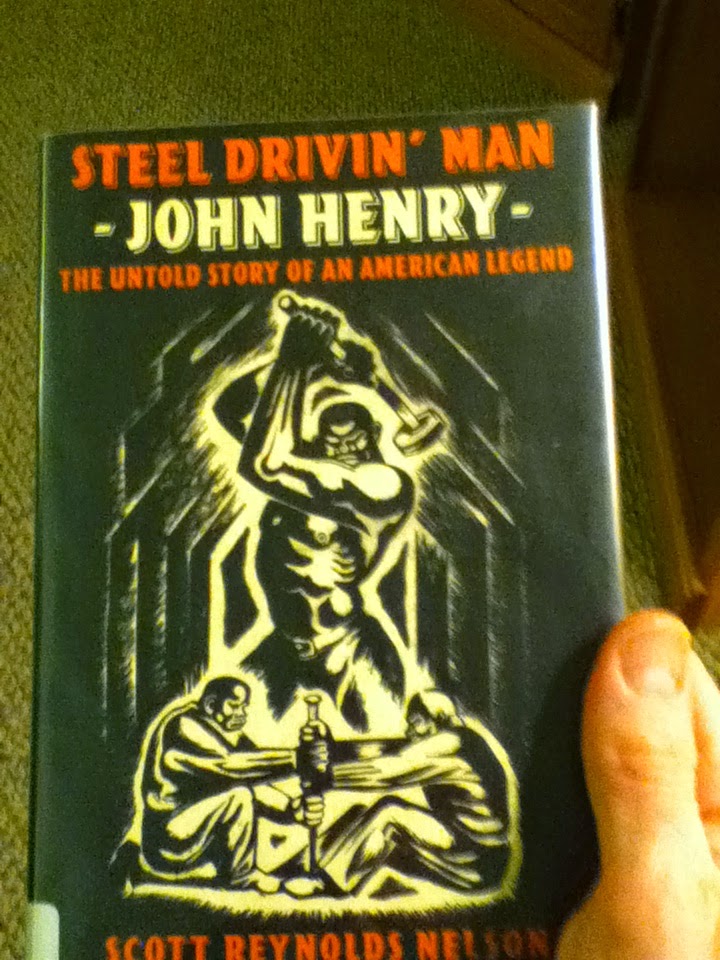 Nelson looked at a number of different versions of the song “John Henry” and found one version that led him down a different path.  One specific version of the song mentioned something about “they took John Henry to the white house and buried him in the sand”.  Now, this led him to the old Virginia State Penitentiary which used to have one building painted white in stark contrast to the other prison buildings which had been brick red.  It also led him to a recent discovery of a number of bodies that had been buried beneath the penitentiary which seemed to have layers of sand between them.  The unmistakable conclusion: John Henry had been a prisoner!


After much badgering of the staff at the Library of Virginia, he was able to find his most unusual candidate for the real John Henry.  John William Henry was a native of who had worked for the Union army during the Civil War.  He had been arrested for housebreaking and theft in under somewhat questionable circumstances.  Standing at 5 foot, 1 inch tall, John William Henry seemed a strange inspiration for the tall, strapping legend that he would eventually inspire.  With a little more digging, Nelson found out that a number of convicts had been leased to the and Ohio Railroad Company and had been put to work alongside steam drills to dig the Lewis Tunnel (not the as so many people thought).  The way Scott Reynolds Nelson tells it, the song of John Henry was not originally a song about the strength of an American folk hero as it was a cautionary tale for those who were sent to work on the tunnels for the railroad where silica particles could clog your lungs leading to disease and people could be worked to the point where they died of exhaustion.


From that point forward, the book doesn’t follow the railroad workers anymore or the now deceased John Henry but instead follows the legend and the song.  The legend took on many faces as it moved from place to place.  Convicts turned it into a one of the first blues songs, with a focus on John Henry and his wife Polly Ann, questioning her fidelity.  Trackliners working for the railroad turned it into a bragging song and coal miners turned it into a ballad or story song.  He even mentions the use of John Henry as an image for labor union and American Communist Party recruiting posters.  He even claims that young men living in the Lower East Side of Manhattan like one Jacob Kurtzberg (aka Jack Kirby) used this image of the burly, muscle-bound John Henry to inspire the image of the world’s first superheroes. 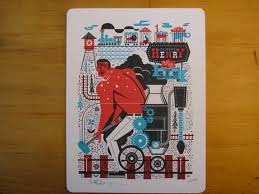 Now, do I believe that Scott Reynolds Nelson has discovered the real, honest to goodness inspiration for the legend of John Henry?  Well, I believe that it’s certainly possible.  However, I’m not 100% convinced.  The name John Henry sounds like it could be such a common name that it could not only belong to any number of real life people as well as someone just created for the legend.  The really interesting part of the book is the part where Nelson follows the evolution of the legend itself and what it came to mean for various different people in various different professions.  For people who have an interest in folklore and the transmission of folklore, that alone is worth the price of admission.  Here are a few links to places where you can hear or read the various versions of the song: “John Henry: The Steel Driving Man”, “John Henry Blues” and “Southern Mosaic”.  However, whether there was a real John Henry or not, his story and song became something that could either warn or inspire a whole lot of people.  That’s more than enough to make the steel drivin’ man John Henry into THE STUFF OF LEGENDS!
Posted by Adam Hoffman at 6:46 AM