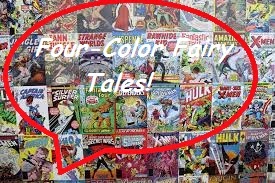 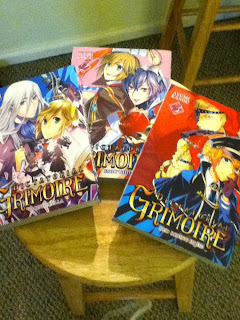 Sitting at home, you’re probably thinking that is the oddest name for a fairy tale related comic ever.  You might be right.  Also, the strangeness doesn’t exactly stop there.  Dictatorial Grimoire is a manga (that’s the term for a Japanese comic book) by manga artist Ayumi Kanou and published here in the by Seven Seas Entertainment, LLC.  I think I’ve mentioned a while back how European fairy tales are actually rather popular in despite having a nice selection of the more domestic product (such as “Momotaro”, “Urashima-taro” and “Issun-Boshi”).  This is actually just one of many fairy tale related media products from the land of the rising sun.


The story revolves around a half-Japanese student named Otogi Grimm.  Otogi spent much of his life moving around with his mother until tragedy strikes and she dies.  Suddenly, Otogi gets a letter from the father he never knew telling him to move into a certain mansion that’s been left to him and enroll in a certain school.  After complying with this unusual request, things are set in motion.  Otogi finds out that he is the last surviving descendant of the Brothers Grimm.  It also turns out that the Brothers Grimm didn’t really go around collecting folk tales from servants and friends.  They actually used sorcerous power to summon the fairy tale characters who are actually beings called Marchen Demons and get the stories from them (if you’re keeping track, the Brothers Grimm have now been reimagined by popular culture as con-men, monster hunters, detectives and now sorcerers.  Wow).  Anyway, as part of the deal, the Marchen Demons are allowed to come after the Brothers’ descendants after a certain amount of time.  Naturally, time is up for Otogi Grimm.  On the upside, it turns out he can use his copy of Grimm’s Fairy Tales as a grimoire (book of spells, and thus the name of the manga).  He can use the book to bind the power of the Marchen Demons and make them his own allies.  Also, he’s got help from a couple of classmates Hiyori Hatsushiba and Sorimachi Yuma ( actually starts out as more of a rival) and the Marchen Demon Cinderella who serves him freely.


Here’s the thing: in this manga Cinderella is a man.


In fact, the series seems to be full of gender-bending and homoerotic overtones.  Cinderella is a dashing, long-haired man who has a masochistic streak.  Snow White is a man who’s an expert in poisons and calls himself a princess because he’s just so beautiful.  Red Riding Hood is a manly hunter type.  Also, Bluebeard is a woman who likes to capture pretty girls and keep them locked in cages.  Also, some of their costuming looks suspiciously like fetish gear.  I know I say “this comic isn’t for everyone” about a lot of fairy tale comics, but I think it really applies here.  I guess there’s a reason that this manga is rated “Older Teen (16+)”.  Now, it’s not that uncommon for modern fairy tale media to play with genders.  Zenescope’s comic series Grimm Fairy Tales does it all the time.  Once Upon a Time did it with Jack.  Ever After High invariably does it with the offspring of male characters.  However, in these cases, it’s usually to provide extra tittilation to male audience members, provide more feminist heroes and villains or to better connect with the target audience.  Also, it’s almost invariably changing male characters into female ones.  Here, it goes both ways.  The truth is that Japanese pop culture often just likes to play with gender expectations.  I know of a number of Japanese video game characters that do it as well.  I'm not sure why.  It just seems to be something built into their popular culture.


Overall, it’s not a terrible manga.  But it’s not spectacular either.  It’s kind of by-the-numbers for a manga of its type.  It’s a “wimpy loner kid gets a lot of power at risk of his life” manga.  It’s practically a genre all its own in .  If you’re interested in seeing how the creator twists around and reinterprets the different fairy tale characters, you might want to give it a look.  However, I don’t really think it’s something worth rushing out of the house to find.  But, that’s just my view.
Anyway, a lot of interesting stuff has been coming out in regards to fairy/folk tale comics.  So, for this entry I also bring you Also in Comic Shops:

Interested in any of these?  Reading any already?  Let me know what you think in the comments section below.
Posted by Adam Hoffman at 7:54 AM