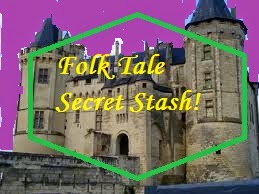 Okay, so I’ve got Jack O’Lantern locked away and things are starting to return to normal around here at the Enchanted Condo.  That is, provided Paul Bunyan doesn’t barge in and demand I post about tall tales or something [looks around for giant lumberjacks].  Phew.  Nothing.


Anyway, I thought I’d focus on another B-side from the world of European folklore.  This time, it’s from the .  Now, one of the interesting things about reading a lot of old folk tales is that you start to learn more about the flow of the seasons and what kind of foods and plants accompany them.  This stands to reason, seeing as they generally come from the days before hothouses and refrigerated boxcars.  As the colder months start to roll in, I start to think about it more and more.  Among the folk tales that focus on this sort of natural rhythm, this one entitled “The Twelve Months” earns a couple of creativity points.


Our story starts off with the typical “Cinderella” set-up.  A nice girl named Marusa lives with her cruel stepmother (no name given) and her lazy stepsister Holena.  Now, the stepmother hates Marusa for no reason except that Marusa is prettier than Holena.  So, she treats her like dirt.  She insults her, beats her and makes her do all the housework.  But still, Marusa takes it like a trooper.  Now, one day in the coldest part of January, Holena decides that she wants some violets to wear at her waist.  She tells Marusa to go get some.  Now, Marusa knows that violets don’t grow in the dead of winter.  However, since Holena threatens to kill her, she decides to go have a look.


Marusa searches everywhere through the snow, but there are no violets to be found anywhere.  Eventually, though, she comes to the top of a big mountain.  On the mountain, there was a big bonfire burning and twelve men sitting around it.  Three were quite old with white beards, three were not so old, three were younger and the last three were the youngest and handsomest yet.  These were the twelve months and old January with his snow white beard sat in the high seat.


Now, I’m going to stop right here for a moment to say this stuff is why I love folk tales.  These big, crazy, fantastic ideas.  It’s the same reason why so many people love science fiction.  They’re just full of mad ideas.  Only in folklore are abstract concepts personified in such a way.


Anyway, Marusa asks to warm herself by the fire and January asks why she has come.  Marusa explains her whole predicament about the violets and the death threats.  So, January, for a brief moment cedes the high seat to his brother March.  Soon, the snow disappears, the trees start to bud and flowers start to spread.  Marusa hurries and gathers together a bouquet of violets. 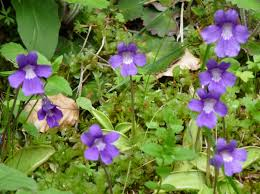 Marusa then hurries home where her stepmother and stepsister are perplexed by how she had managed to find violets in the dead of winter.


Now, I don’t want to give everything away.  I want you to read the story for yourself.  However, I will tell you that the same events repeat only this time for strawberries 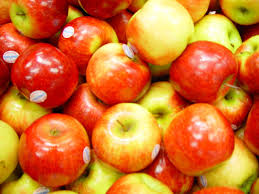 But what happens when Holena tries to get these things for herself?  You can read the whole (less condensed) story HERE.


Happy reading, and remember to bundle up as the winter comes.
Posted by Adam Hoffman at 6:19 AM