On Internet Lists and Ruined Childhoods.

Okay, internet, I think it’s time to stop it.  No really, just stop.  Enough with the lists already!


Maybe I should start at the beginning.  I was surfing along the internet when I found this on the comedy website Dorkly: “The Real Stories Behind 9 Disney Movies”.  You know the drill, they list 9 movies and their literary and folk tale counterparts and write a little piece on the differences between the two.  All in the interest in somehow getting a couple of laughs (I’ll get back to that point later).  No big deal, right?  Well, it’s not the only one.  Listverse had a list like this.  Buzzfeed (king of internet lists and countdowns) had a couple.  Cracked (the website of Mad Magazine’s edgier spinoff) had a couple of them as well.  Huffington Post had one with a particularly memorable title: “The Real Stories Behind These Disney Movies will Ruin Your Childhood”.  This seems to be just the tip of the iceberg.  I mean, take a look at my Google search results (click HERE). 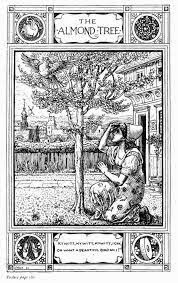 So, I get the idea.  People are more aware of the Disney versions of these stories, so people write articles on the internet pointing out the differences.  Now, I’m no fan of Disney and the “ fairy tale machine”.  I’m also all for getting the original tales some more exposure.  However, I’m not sure these lists are helping.


Every one of these internet lists I read has a tendency towards sensationalism.  The problem with sensationalism is that it can drive people away too.  An outsider may come in thinking “Gee, it’s a good thing Disney came along and fixed these stories” (I’ve encountered that attitude elsewhere online before).  These articles all trade on the notion that something sweet and precious from your childhood was based on something awful and violent and terrible.  However, the original fairy tales are not awful.  They’re fantastic!  I mean, sure, there’s violence in many of them.  However, there’s also violence in the real world.  I don’t want to say that children have to learn to live with violence, because that would be stupid.  If there’s violence in your life, you have every right to try and get away from it and no one should try to hurt a child.  However, children should also know that violence does exist in the world.  Many of these early stories weren’t concocted expressly for children, anyway.  They were created for everybody with children just being part of that greater audience.  Now some of these stories were written for children, like the tales of Hans Christian Anderson and Pinocchio by Carlo Collodi.  With these cases, it could go one of two ways.  In one case, they may stem from a time when children weren’t quite as sheltered as they are now.  The truth is that childhood as we know it didn’t always exist like it does now.  For a long time, children were mostly treated as little adults.  In agrarian communities when whole families lived in one room houses, work was often dangerous and wakes were held in the home, it was hard to shield the little darlings from things like sex, injury and death.  It was a change that only really came about with the process of industrialization.  The notion of adolescence as a transition period between childhood and adulthood really didn’t exist either.  The other possibility is that, well, they figured kids could take it.  I mean, children aren’t as fragile as some people seem to think they are. 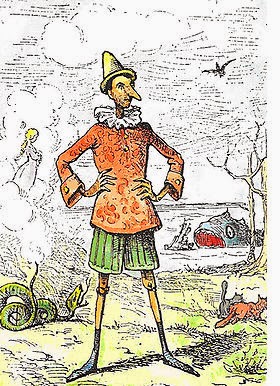 They leave out all sorts of great stuff, too.  Take, for instance, when these lists write about Pinocchio.  Do they ever mention that despite the darker bits, the original Pinocchio is actually quite funny.  I’ve been telling the story of Pinocchio in installments at storytelling guild meetings for months now and I’ve gotten laughs every time.  Of course, my delivery might help.  However, there is a humor to all of Pinocchio’s trials and tribulations.  Many of them are so over-the-top and ridiculous that you can’t help but laugh.  They also neglect to mention that the characters are more complex and interesting in Collodi’s version.  Geppetto is more of a hothead and originally created Pinocchio to make money, but also tries his best to do right by him.  Pinocchio is equal parts mischievous, selfish and innocent and really does love his father despite being drawn to trouble.  It all reflects a more real and complicated view of family where people are flawed and expectations aren’t always met.  Instead, it’s always just “Oh no, he killed the cricket” (so much trouble over squishing a bug).  Many of these lists get their facts wrong as well.  I don’t know how many I’ve seen that refer to the Grimms’ version of “Cinderella” as the original.  The truth is that Charles Perrault’s version “Cendrillon”, which is very much like the Disney adaptation, predates the Grimms’ “Aschenputtel” by about two hundred years.


Now, you’re probably thinking that I shouldn’t be getting so up and arms over something that’s being posted on comedy websites.  Here’s the thing: these lists aren’t really funny either.  Oh, they’re trying to be.  Most of them have a sort of jokey, wise-cracking tone.  But they don’t really have any laugh-out-loud lines or anything.  So, that kind of just makes it worse.


I don’t know.  I’d just like to see more on the internet about how terrific the old stories are instead of how awful they are.  That’s more or less what blogs like this one are for, though.  Maybe I’m overreacting.  After all, Soman Chainani (author of The School for Good and Evil) posted a similar list on Buzzfeed.  If someone who's so clearly a fairy tale fan can do it, maybe it's not so bad.  I’d like to hear your thoughts.  Post in the comments below on any impressions about the internet, old fairy tales and “ruined childhoods”.
Posted by Adam Hoffman at 4:29 AM