Some may argue about it.  Some may deny it.  However, it’s a simple fact.  The fairy tale as we understand it now, was invented by the French.  Specifically, we owe it to the writers of the French salons of the Seventeenth Century.  Now, some could say that the fairy tale existed in folklore for centuries before that.  It is true that the “salonistas” did draw on folklore.  However, their stories would also be drawn into folklore to the point that the folk and literary feed on each other to the point that it’s hard to separate the two (I don’t know if this tale has a literary counterpart, but it wouldn’t surprise me if it did).  So, it is past time that I focus on a French fairy tale.  Some of the most notable French fairy tale writers include Madame D’Aulnoy, Charles Perrault and Jeanne-Marie LePrince de Beaumont.  This tale, however, comes from a different place.  This is one of the tales collected by one Henri Pourrat.  Pourrat was an anthropologist and writer who spent much of his life collecting the folk tales of the region of .  Now, not only does this tale come from a classic fairy tale location, it also touches on a classic fairy tale theme: ugliness.


Now, the story starts out with a king’s son.  This isn’t your typical handsome Prince Charming type, though.  You see, this prince was born kind of . . . ill-made.  Okay, I’ll just say it.  He was ugly.  Heck, he was deformed.  He had a hunched back and a twisted neck. 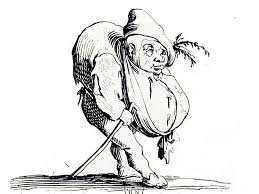 It was because of this that people called him Crickneck.  His case was supposedly so hopeless that even his uncle, who was a magician, couldn’t fix it.  The only thing he could do is give Prince Crickneck a magical golden twig that could cut through evil enchantments (Hey, at least it was something). 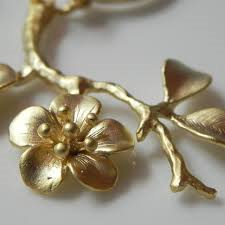 Now, the time came for the prince to marry.  The king, who’d been kind of volatile since his less-than-handsome son was born, decided to marry him off to a king’s daughter who was similarly afflicted with poor looks.  People called this princess Bootface.  Well, Crickneck didn’t like this idea.  He told his father, in no uncertain terms, that he would rather die than marry Princess Bootface.  Of course, he also did this over dinner with poor Princess Bootface right at the table.  This didn’t go over well.  The king got angry and ordered his son locked in the tower for the night. 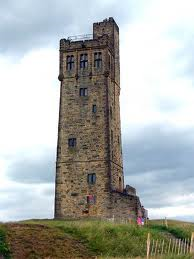 Well, the tower was old, run-down and dusty.  However, the prince has the run of it to himself.  He explores the tower until he finds a room hidden behind a tapestry.  There, a woman lies as if asleep, covered in cobwebs.  He touches her with his golden twig and she wakes up.  She explains that she was a fairy who was cursed by an evil fairy.  Now, to reward him, she uses her magic to straighten out the parts of him that are crooked and make him conventionally handsome.  She renames him Peerless and sends him off to some distant place to live the happy life of a shepherd. 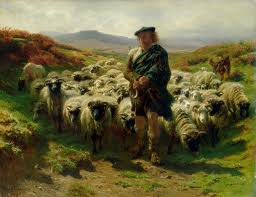 Next morning, the king decides that his son has been grounded long enough and goes to release him.  Surprise, surprise, they can’t find him.  They do, however, find two sets of footprints.  One belonging to Crickneck and a woman’s footprints.  The king arrives at the only logical conclusion: Princess Bootface broke into the tower and killed Crickneck and then disposed of the body to avenge her pride!  Anyway, she gets locked in the tower as punishment.


Now, Bootface is of a similar mindset as Crickneck.  She explores that tower top to bottom until she finds a drawer with a severed hand locked inside.  When she pulls it out, she gets attacked by a one-legged eagle that snatches it away.  The eagle turns into a sorcerer.  He explains that he was cursed by an evil fairy (a lot of that going around).  He then transforms her into a beautiful girl who he dubs Radiant.  Then he sends Radiant off to live as a shepherdess in some distant place very close to where a young man named Peerless is also herding sheep.


Now, this is where things start to really get interesting.  This is also where I usually give you a link and tell you to read the whole story for yourself.  However, I just can’t.  Apparently, this one isn’t online.  I can’t find it anywhere.  What I can do is give you a link to an entry for the book in Worldcat, the world’s largest library catalog (the link is right HERE).  I can then suggest that you check your local library system.  If you can’t find it locally, well, interlibrary loan is a wonderful thing.


Really, there are a lot of good stories in this book, so you should check it out.
Posted by Adam Hoffman at 7:12 PM