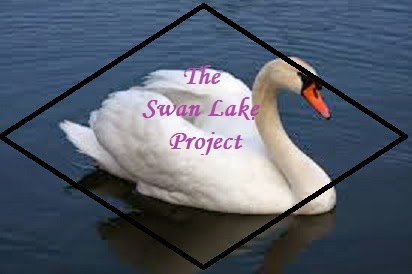 I’ve admitted before to not knowing much about the story.  After all, it’s pretty specific to one form of entertainment: the ballet.  However, it always seemed like it was pretty well-known by other people.  I mean, Odette the Swan Princess isn’t as well known as a “Little Red Riding Hood” or “Cinderella”, but I figured she existed around “Brave Little Tailor” levels of fame.  I’ve seen mention of it in articles before and Mattel based one of their Ever After High doll characters on the character of Odette.  I figure Mattel’s not going to roll the dice on some obscure ballet character when it could draw from all over popular folklore, children’s literature, legend and nursery rhymes.


But the question is: “how did it become so famous?”  After all, I don’t think the ballet really reaches the masses, especially the children that folks like Mattel aim their products at.  Well, I figured the reason was this: 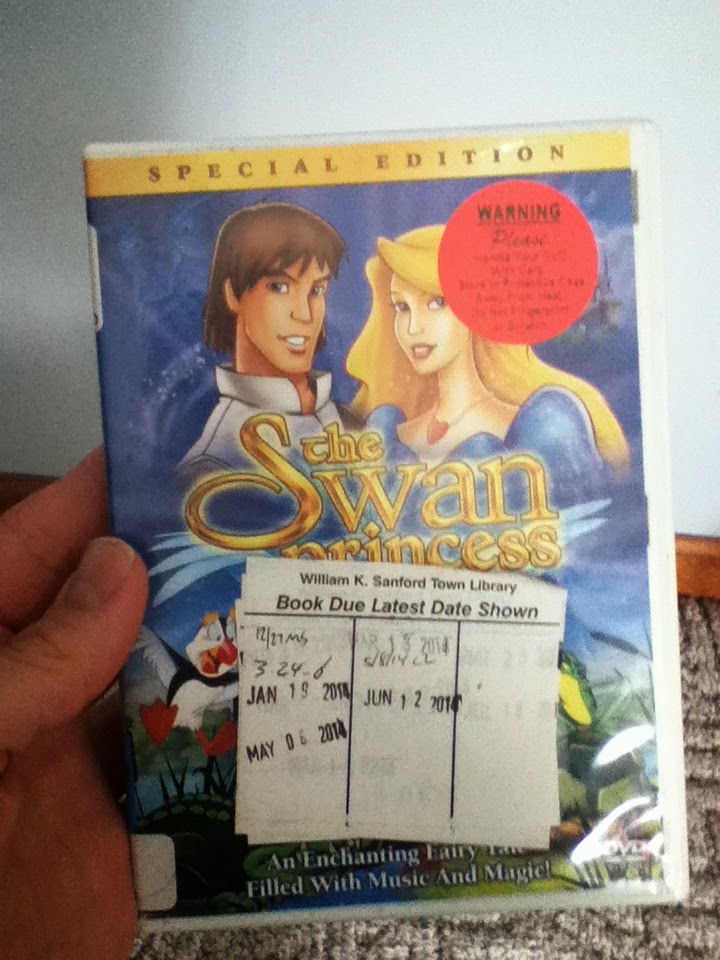 The Swan Princess.  As you can see, I got this copy out of the library.  This was an animated movie released by Warner Brothers in 1994.  I originally thought this was a Don Bluth production, but it turns out it was directed and spearheaded by a guy named Richard Rich (so tempted to make a Harvey Comics joke here).  Apparently, when the movie was released, it was a box office bomb.  Part of that may be because it was competing with a rerelease of The Lion King.  However, it apparently had enough of a life on home video that it spawned four direct-to-video sequels (with fairy tale films, usually one sequel is kind of pushing it).  This is kind of perplexing, I admit.  However, as part of The Swan Lake Project, I said I would watch this movie and that I have done.


So, here is my review of The Swan Princess.


Okay, the story starts off with an extended back story.  King William is a king who is growing older and is troubled by the fact that he has no heir.  However, then a daughter is born, who he names Odette.  People flock from far and near to see the new princess and the king makes a plan with a neighboring queen who has a young son that they’d bring the two of their children together every summer in the hopes of them falling in love one day and uniting their two kingdoms.  Now, lurking in the shadows is a man named Rothbart (shortened from Von Rothbart in the original libretto) who seeks to take over the kingdom using sorcery.  However, the king’s guards somehow find out about this and bust up his little black magic operation.  Rothbart is then banished from the kingdom.  Anyway, the years pass and the king and queen do their best to bring their children together.  However, for years and years they don’t really seem to like each other.  Then,  finally, they’re fully grown.  When brought together, Prince Derek (it was Siegfried in the ballet.  Don’t know why only the prince got an overhauled name when there was still a “Rothbart” walking around) is instantly smitten.  Odette seems interested, but less so.  However, pretty soon Derek puts his foot in his mouth.  Odette wants to know why he loves her beyond her beauty and he says “What else is there?”.  The king and princess leave in a bit of a huff.  Their carriage is overtaken by Rothbart who turns into a monster (referred to as “the great animal”), King William is seemingly killed (but not before giving Derek a cryptic warning) and Odette disappears . . .


And that’s when the actual story from actually starts.  It’s actually about where the movie starts to fall apart too.


You can more or less read the story from in the first part of The Swan Lake Project.  Most of the parts are there, but they’ve been tweaked to tie in more with the back story they created.  Now, the prince’s fascination with hunting is because he wants to hunt down the “great animal” and rescue Odette.  The prince shooting At Odette in swan form is now because he thinks she is the “great animal”.  However, they need to jump through a number of hoops to make it work.  In addition, Rothbart’s plan is never consistent.  At first, he wants to make Odette marry him so that he can take over her father’s kingdom legally.  Then, his plan suddenly shifts to making Derek declare his love to the wrong girl, which will make Odette die for some reason (which also blows his whole “legal hostile takeover” plan).  The whole movie tries to follow the Disney musical formula, but doesn’t quite pull it off that well.  Odette’s fellow swan-maidens are replaced with a trio of animal sidekicks: a French frog named Jean-Bob that thinks he’s a cursed prince, a slow-talking turtle named Speed and a gutsy puffin named Puffin (great work on the naming there, fellas).  Of course, there are songs as well, but while they start out okay, by the end they’re scraping the bottom of the barrel.  You start out with a decent early montage song and a pretty good love song but you also have a rather unnecessary song sung by the court musicians dressed as animals and by the end you have strange jazzy numbers like this one sung by the villain.  It all seems strange when the source material essentially hands the filmmakers music by Tchaikovsky.  A couple of the early songs sound like they may be set to classical music, but what’s the deal with those songs at the end?  Did they run out of music to work from?  I also can’t help but think that they could have done more with the “fake Odette” (Odile in the ballet).  She was just this silent crone servant that Rothbart transforms in the movie.  Oh, and by the way, that whole bit about needing Derek to declare his love for something other than Odette’s beauty.  It seemed so important towards the beginning.  It never comes up again.  Anyway, the end result is a strange, uneven film that has to try too hard to make its back story match up with its front story.


So, what can we learn from this?  Well, that a film doesn’t necessarily have to be a box offices success or particularly good to spin off four direct-to-video sequels.  We also learned that a mediocre film can also put a fairy tale character in the public eye without really tarnishing their rep (though, it doesn’t necessarily launch them to super-stardom like a popular Disney flick might).  However, I think the biggest lesson is that adaptation really is a difficult trick.  Whether trying to expand a fairy tale into one movie or condense a 50 year old comic book series into a series of movies, the act of turning one story into a different story requires a form of magic all its own.


So that ends this installment.  Tune in next time for some culture, because next I will tackle a production of the actual ballet.
Posted by Adam Hoffman at 11:53 AM