The Top Seven Ways to Reimagine a Fairy Tale. 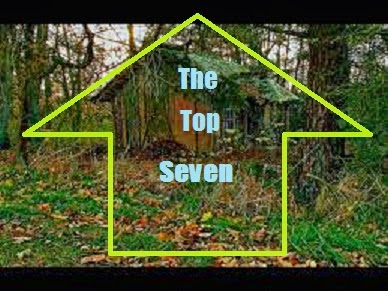 You know, it seems that every year we see more and more movies, TV shows and comic books that reimagine fairy tales for new audiences.  People have all sorts of names to describe them.  Some call them “reimagined” as I just did or “rewritten”, “twisted” or even “fractured” (I guess we have Jay Ward and his writers to thank for that last one).  The thing is that with so many fairy tale retreads going on, you start to see the same trends happening over and over.  Just as fairy tales often follow certain patterns, writers have created patterns in how to change them.  I’m not sure if anyone’s set out to quantify them yet, though.  If not, then it’s a good thing I’m here because that’s exactly what I intend to do right here with The Top 7 Ways to Reimagine a Fairy Tale!  What’s a “top 7”?  Well, it’s kind of like a “top 10” but with a more fairy tale friendly number.  Also, note that you may see more “top 7s” in the future depending on if there are any subjects that lend themselves to them.  Anyway, let’s get started with our #7:


7) Make a Semi-Sequel.
So what happened after the story ended?  Maybe Hansel and Gretel went on to become brutal witch hunters!  Maybe grew up and would later return to Wonderland to slay a Jabberwocky!  What would happen if Dorothy returned to Oz?  These are the kinds of ideas that some scriptwriters love.  It’s not a bad idea in itself, but sometimes it needs to be approached carefully.  The funny thing is that they’ll even write semi-sequels for stories that have actual sequels.  Alice’s Adventures in Wonderland had a follow-up in the form of Through the Looking-Glass, and there are more The Wonderful Wizard of Oz sequels out there than you can shake a stick at.  As for a lot of the others, well, you just have to accept that “happily ever after” isn’t really “happily ever after”.


6) Change the Setting.
What would happen if that famous pre-industrial European folk tale didn’t happen in pre-industrial ?  Or what if it was a different part of ?  How about them apples?  This is actually a fairly common one that’s been around a long time.  However, it’s low in the list because it doesn’t really catch people’s attention like it used to.  When I was a kid, I remember going on field trips to plays that were different takes on classic tales.  One was “Cinderella” set in old and another was a feudal Japanese take on “Sleeping Beauty”.  Also, long before Disney transplanted ‘The Frog Prince” to , Jim Henson moved “The Bremen Town Musicians” to the same area.  There are still some people making waves with this one, though.  One example is Marissa Meyer whose Lunar Chronicles series of teen books transplants the archetypes in “Cinderella”, “Little Red Riding Hood” and “Rapunzel” to a high-tech future world. 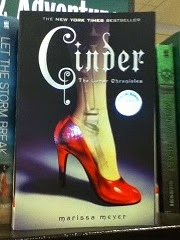 5) Change the Tone.
Okay, so this one’s a biggie, but it’s also very simple to explain.  Take the story as it has usually been told and flip the tone.  If it was light, play up the darker aspects of it.  If it was dark, turn it light.  Maybe even go full comedy with it if people are used to it being serious.  You’ll find that these days the tone change usually only goes one way, from light to dark.  This is because people are used to really light fairy tale adaptations for some reason (:cough:Disney:cough: ) but also because of the somewhat flawed belief that all fairy tales started out as darker stories.  I’ve talked about that last part in my “Brothers Grimm” post, though.


4) Make it a “fairy tale rally”.
Here’s another popular one.  Now first, a little background on the term.  “Fairy tale rally” is a term I kind of adopted from the term “monster rally” that’s been used to refer to the multiple monster pictures Universal made in the 1940s.  So, just like someone said “Wouldn’t it be great if Dracula, The Wolf Man and Frankenstein’s monster appeared in the same movie?” thus spawning House of Frankenstein, so people have been saying the same thing about characters like Cinderella, Snow White and Little Red Riding Hood.  Shrek is a fairy tale rally movie.  Fables is a fairy tale rally comic book.  Once Upon a Time is a fairy tale rally TV show.  It’s not so much a way of retelling one story as retelling or riffing on a bunch of them.  However, it’s so popular it definitely counts in this list.


3) Add a “twist” to the tale.
This is the category where everything comes down to one specific swerve from the accepted plot.  Where the usual story goes left, the reimagining turns right and that sets things on a whole new course.  It may not be the only change to the story, but it’s the one that seems to count the most.  For example, in Disney’s Tangled, there are numerous differences from the original Grimm story, but the biggest is that instead of getting visited by a prince, she gets visited by a thief.  Another notable example is Alex Flinn’s book A Kiss in Time in which a “sleeping beauty” isn’t awoken 100 years later by a prince but 300 years later by an American teenager who ditched his tour group (very fun book if you get the chance to read it). 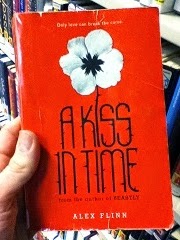 2) Change the heroine into an “action princess”.
If there’s one thing that’s clearly wanted in our culture right now, it’s strong, active female protagonists.  Well, if they can kick some butt too, all the better.  We’ve seen Gretel turned into a witch hunter.  We’ve seen changed into a Jabberwocky-slayer.  We’ve also seen Snow White turned into a sort of “Joan of Arc” style warrior woman.  As I understand it, this is just the tip of the iceberg when it comes to the feisty fairy tale ladies out there.  If trends continue, more will be coming.  I’ll admit that I don’t always understand this one completely.  Not the “strong women” part.  That part is obvious.  More like, why recast well-known heroines that way when you can seek them out in existing folklore?  Why not “Janet and Tam Lin”, or “Tatterhood” or “Li Chi Slays the Serpent”?  Oh well, maybe that’s why I don’t work in . 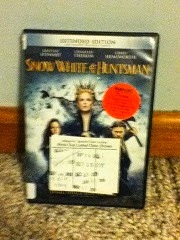 1) Tell it from the villian’s perspective.
Okay, this one is the biggest of the big!  The top of the heap!  The biggest way of reimagining a classic fairy tale!  The #1 way of reimagining a fairy tale is to tell it from a villain’s perspective.  It’s all over the “fairy tale media” scene right now.  While villains hold important roles in these stories, in some cases they don’t really get much page time.  So, writers start to wonder why these characters are the way they are.  Are they just misunderstood, or did something happen to turn the character bitter and spiteful.  The book that likely set off this trend was Gregory Maguire’s Wicked which recasts The Wicked Witch of the West from The Wonderful Wizard of Oz as a misunderstood outsider.  Since then, we’ve seen this done with the characters of the Evil Queen, Rumpelstiltskin and Captain Hook on ABC’s Once Upon a Time and it also looks like it’s the path taken with Disney’s upcoming release Maleficent.  Going practically hand-in-hand with this one is the version where the hero is recast as a villain like playing up that Jack is a thief or Peter Pan someone who leads children away from their parents.  (sigh).  It’s a valid take, however it’s not one you’ll likely see me using.


So, that’s my list.  Agree or disagree?  Better examples than the ones I listed?  Better ranking?  Let me know in the comments below.  Anyway, if anyone in or the fairy tale fiction scene sees this, maybe it’ll give them the inspiration to find new ways to turn stories on their heads.  It’s not likely, but there’s always hope.