Adam's Fairy Tale Mixtape, Side B.


Hey, everybody.  Greetings again from the Enchanted Condo!

Sometimes it’s funny how things find their way around to you again.  Take, for instance, my post on Andrew Lang.  It was just a one-off post from March 2015 in which I made a funny analogy to Lang being a DJ creating mixtapes out of various fairy tales.  Some people thought it was a neat little idea.  I got a few comments on it.  My storytelling associates seemed to think it was clever.

That was about it.

At least, it was until late October when one of my fairy tale blogging colleagues, InkGypsy, posted THIS over at Once Upon a Blog.  It seems that Gypsy had been thinking about this idea for a while.

Well, that post was enough to give the idea of the “fairy tale mixtape” enough of a signal boost that two others picked up on it.  One was Monash University professor, R.C. DoRosario (who I have mentioned before) who posted her fairy tale mixtape HERE.  The other is a poster by the name of Nike Sulway who posted her mixtape HERE.  I’m going to be honest, I know little about Ms. Sulway but she seems to be an author and is very knowledgeable about fairy tales.

So yeah, that’s pretty neat.  People who are more knowledgeable than me about fairy tales are playing around with my idea.  Neat yet kind of overwhelming in a way.  Oh, well.  I’ll get over the overwhelming part. 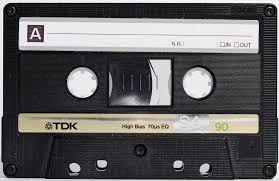 So, when this stuff started to pop up, I was right in the middle of my planned Halloween/fairy tale TV show thing and couldn’t really respond to any of it.  But now, I have some time freed up and I thought it was about time to do the whole mixtape thing again.  You see, the people who ran with my idea expanded the list of stories from 10 to 20.  They also mixed things up by including poems, novels and films.  So, this is a list of 10 tales, books, etc. to supplement the list I made way back in the day.  This is the B side of the tape, so to speak.

11) Iron Hans (German, from Grimm)
12) The Ballad of Mulan (from China)
13) The Adventures of Pinocchio by Carlo Collodi
14) Swan Lake (the story from the ballet)
15) The Snow Queen (Hans Christian Andersen)
16) Thunder Boy (Iroquois tale)
17) The Girl who Married a Lion (African tale)
18) The Bamboo Cutter (Japan)
19) The Snake and the Toad (Korea)
20) The Ballad of Tam Lin (English/Scots ballad)

Yeah, I decided to just drop Pinocchio in there.  Other people were including novels so I thought I could too.  Besides, though literary, Pinocchio is kind of walking in the same tradition as foolish boy heroes like Jack.  Beyond that, I included another Grimm tale but I tried to follow in the footsteps of my previous list and keep my choices rather cosmopolitan (it’s a big world with lots of interesting stories in it).  I couldn't find a link to the African tale I wanted to include, but it can be found in The Girl Who Married a Lion by Alexander McCall-Smith.  I also included a couple of ballads that I really like to give the mix a little more poetry.  I also included possibly the only Hans Christian Andersen story I really like and, inspired by InkGypsy’s list, added in the story from Swan Lake.  I am going to admit, I think the others were able to embrace the surprising aspects a little bit more than I could.

So, what do you think?  What's on your fairy tale mixtape?
Posted by Adam Hoffman at 6:12 AM