Somewhere in Hollywood, there is probably a big building called The Hall of Television Law.  And in this building there is a book and in this book is a law that reads “All horror/urban fantasy television shows must have one episode in which fairy tales come to life”.  Okay, maybe not.  But still, it is a fairly consistent plot idea that gets reused often.  Fantasy television shows are hardly a rarity these days, but their can probably be traced back to the late 1990s where it began with certain shows aimed at teen audiences.  How well they handled their respective fairy tale episodes varies. 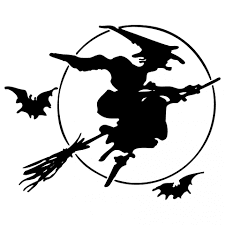 Buffy the Vampire Slayer (1997-2003)- Buffy the Vampire Slayer is the show that likely started the ball on the rise of fantasy shows on television.  The brainchild of writer Joss Whedon, the show is about a teenage girl who is the one chosen by prophecy to fight vampires and demons and keep the balance between good and evil.  The concept first saw light as a 1992 movie.  Whedon, however, was highly disappointed that his creation was interpreted as a straight-up comedy rather than a drama with comedic moments and fought to bring the concept to TV.  (To Mr. Whedon: Have you ever considered that it was that ridiculous title that made people misjudge this idea of yours?).  Anyway, he succeeded and the rest is history.  The show was a huge hit in no small part to its clever writing and the chemistry of the cast.  In fact, the way the show handles its fairy tale episodes may be a big indicator of why the show was as good as it was.  The themes and plot of the Buffy episodes come together in an almost perfect way.  With the other shows, it’s a bit more hit-or-miss.

“Gingerbread” (S3, E11)- In this episode Buffy is out on patrol when her mother Joyce, who just found out she was the Slayer, brings her some food.  While Buffy fights off a vampire, her mother stumbles on the bodies of two children that seem to have been killed in some ritualistic way.  Seeing it shakes her up and by the next day Buffy’s mother is making a call to action from most of the adults in the town of Sunnydale.  Pretty soon, the group of concerned citizens has transformed into a fully blown witch-hunting mob.  While it is a demon behind Joyce’s new furor, the episode also hinges very much on the story of “Hansel and Gretel” as is evident in the episode’s title.  The show doesn’t dwell on it, though.  Instead, the main thrust of the show is in the relationships between parents and children, paranoia and how concern can change into something far more active and dangerous.

“Hush” (S4, E10)-  The other place where the Buffy writers drop the term “fairy tale” is a rather popular season 4 episode entitled “Hush”.  As far as plot goes, a group of fairy tale monsters called The Gentlemen come to Sunnydale.  They steal the voices of everyone in town and then go around collecting hearts from victims.  The Gentlemen, from everything I’ve been able to find out, were made up for the show.  They don’t appear in any actual fairy tale that I know of.  The intention of the show’s writers in making them “fairy tale monsters” seems to be to capitalize on the combination of scary and whimsical the Gentlemen seem to possess.  The Gentlemen, as a group, all dress in rather dapper looking suits, hover slightly above the ground to move around and in general seem to go about looking very well-mannered and pleased with themselves.  On the other side of the coin, they’re also ugly demons that will cut your heart out with a scalpel and keep it in a jar.  I have to give the writers credit for trying to make it feel very folkloric.  They even make up a little rhyme that a creepy girl in one of Buffy’s prophetic dreams recites.  But, as in the other episode, the monster serves the theme.  In this case, the theme is communication.  Every character is having some kind of communication issue and the loss of voices forces them to deal with it when their own words can no longer stand in their way.  Faux fairy tales aside, this episode also kind of reflects something touched on in this blog in the way that music and actions communicate everything: the ballet.  Also, seeing as Joss Whedon is a comic book fan, I’d probably be remiss not to mention that some inspiration for this episode probably came from a wordless comic book like the famous G.I.Joe #21.

Supernatural (2005-present)- Supernatural is a television show that follows two brothers, Sam and Dean Winchester as they hunt monsters, ghosts and demons.  I can’t say much about this show as I never really got into it.  It is wildly popular, though.  It’s about to start its twelfth season this year.  Some of this show’s appeal seems to come from its unique feel.  Between the muscle car they drive around in and the classic rock soundtrack the show sports, the show has a much more working class USA vibe than Buffy or any of the other horror dramas out there.  Despite not being a fan, I did check out a couple of episodes.  One in which fairy tales seem to come to life acted out by regular people and another that references the marvelous land of Oz.

“Bedtime Stories” (S3, E5)- Sam and Dean roll into a town because they hear of a brutal killing in which two brothers who are construction foremen are slayed by an unknown assailant leaving the third brother alive.  The brothers are stumped until another killing happens when two lost hikers are attacked by an old woman in the woods.  Sam soon comes up with the idea that the crimes resemble the plots to “The Three Little Pigs” and “Hansel and Gretel”.  Soon, more crimes that resemble “Cinderella” and “Little Red Riding Hood” come to light.  The whole thing is traced back to a comatose woman with hair as black as ebony and skin as white as snow and her doctor father who’s been keeping her alive and reading her fairy tales as she lies in her unconscious state.  The ultimate theme is that of letting someone go and it connects back to a running plot for the season in which Dean made a deal with a demon in order to bring Sam back to life.  It’s an okay theme and it works well enough but it doesn’t gel quite so perfectly as the themes in the Buffy episodes did.

“Slumber Party” (S9, E4)- By this point, the Winchester brothers have moved into some sort of bunker that was used by the government to hunt demons back in the 1920s.  In order to figure out how to use one of the computers there, they call on their friend Charlie Bradbury played by geek icon Felicia Day.  While in the bunker, they discover a big green web.  When they cut it down, they discover it contains Dorothy who has been prisoner there along with the Wicked Witch for over 70 years.  And now, both of them are free.  The bulk of the episode focuses on the Winchesters, Dorothy and Charlie hunting the witch through the bunker.  Supernatural’s take on the Oz mythology is a bit strange.  Here, Oz is part of the faerie realm of Avalon.  Dorothy, who here looks like a female Indiana Jones, is the daughter of L. Frank Baum who investigated Oz ages ago and wrote the books as coded guide books for his daughter with hints in them as to how to survive Oz.  The episode provides a decent character arc for Felicia Day’s character of Charlie.  However, much of the Oz stuff is kind of meh.  There is really only the monster hunter version of Dorothy and the witch who can’t talk because Dorothy cut out her tongue.  You only get one brief glimpse of the real Oz through a doorway.  It’s really kind of Oz without Oz, which is honestly kind of boring.

Charmed (1998-2006)- What is there to say about Charmed?  It was a TV show produced by Aaron Spelling that starred three sisters who were witches called The Charmed Ones who used their magic to fight off evil witches and demons in San Francisco.  Unlike the other shows listed here, this one was much less horror and much more urban fantasy with a dash of modern paganism to make it interesting.  The show originally focused on the sisters Prue, Piper and Phoebe Halliwell but when actress Shannen Doherty who played Prue left the show the remaining sisters discovered they secretly had a half-sister named Paige that they never knew about (played by Rose McGowan who would later play the younger version of Regina’s mother on Once Upon a Time).  The show was popular and it lasted for a few seasons and even had spinoffs in the form of novels and comic books.  I remember liking the show when it first came out but I didn’t see it through to the end.  And naturally, they had a fairy tale episode.

“Happily Ever After” (S5, E3)- This episode is five seasons in, so a lot has happened to get to this point.  Prue is dead.  Paige is part of the group.  Phoebe is in the process of divorcing a demon husband.  And Piper has married her guardian angel Leo and is expecting their first child.  Anyway, Piper is staying up reading fairy tales to her unborn child when Paige comes in asking her why she’s reading those outdated old tales.  Piper responds that it’s because of their values.  We then cut to a mysterious castle where the Keeper of Fairy Tales is attacked and killed by the Evil Witch who was trapped in the magic mirror.  She then asks the mirror who the most powerful witches of all are, and it responds “The Charmed Ones”.  I’m not going to go into much further detail because it would require a lot of backstory, but a lot of it hinges on Piper essentially bringing her dead grandmother back to life to help her prepare for the baby.  The witch attacks the Charmed ones, essentially trapping them in situations from the stories.  For Phoebe, it’s Cinderella.  For Piper, it’s Little Red Riding Hood.  For Paige, it’s Snow White.  There are some fun/funny scenes, like when the Dwarfs show up to take care of Paige after she bites into a poisoned apple.  But what it really comes down to are the following character beats 1) Phoebe learning to trust again, seeing as her demon husband has messed with her head, 2) Paige accepting their Grams even though she already had a grandmother that she knew and loved in her adopted family, and 3) Piper taking back control of the situation after their grandmother’s arrival has her essentially falling back into a supporting role.  It was okay, not as good as the Supernatural one and nowhere near as good as the Buffy episodes.

So that’s it for the two-part look at “Scary Tale TV”.  I promise I’ll post about something different next week (even I’m getting a bit tired of this topic).  Though, I must say that while the Buffy episodes may be the best fairy tale episodes of a fantasy drama, they’re not necessarily my favorite.  However, I think I’ll save that for another time.
Posted by Adam Hoffman at 9:08 AM