Once Upon a Time in Hollywood.


Okay, so not that long ago, an article popped up on the entertainment website Gizmodo about MGM winning a bidding battle to a script for a comedy movie about a fairy godmother.  The author of the piece continues on to editorialize about how fairy tales are tired and overdone in Hollywood right now.

A link for this article appeared in my Twitter feed because R.C. DoRozario (aka Doc-in-Boots), a fairy tale and children’s literature lecturer at Monash University who I follow, commented on it.  Her exact quote was “Not really worn out- Hollywood has only scratched the surface of fairy tale.  That’s the problem.” 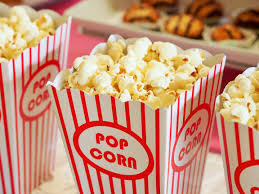 So, that notion is what I’m going to comment on.  Granted, my usual followers will probably get it right away.  However, I have an analogy that will probably resonate with almost anyone who’s seen a recent Hollywood blockbuster and I think that analogy has to be put out into the world.

I want you to imagine a world where the superhero movie boom didn’t happen the way it did.  A world with no Marvel Studios, no Avengers franchise or any of that.  It’s also a world where anyone can make a movie of those properties.  Now, because of this, when Hollywood starts making superhero films, they all gravitate to the ones that are household names.  Namely: Batman, Superman, Spider-Man and maybe the Hulk.  So, that’s all any of them make.  And they start making spin-off movies based on the more commonly known elements of their franchises.  There’s a Robin movie here.  There’s a Jimmy Olsen movie there.  But eventually they start to mine a few select concepts a little too much and someone announces a movie based around Spider-Man’s dear old Aunt May, and . . . someone at Gizmodo writes about how superhero movies are tired.

This is the situation Hollywood fairy tale movies are in.

In other words, they are mined extensively but rarely mined deeply.  Hollywood returns to the tales that are household names again and again, constantly putting new spins on every “Cinderella”, “Snow White”, “Jack and the Beanstalk” and “Hansel and Gretel”.  On very rare occasion, a Hollywood film gets made that’s based on a folk or fairy tale that’s not a household name.  However, when they do, they usually pass us by because the story’s origins are never advertised and we just see it as another original movie.  For example, Tim Burton’s 2005 stop-motion film Corpse Bride is based on a Jewish folk tale frequently told in Russia.  This kind of thing is rare, though.  Otherwise if you want to see the less publicized folk and fairy tales get made into films or at least have their elements used in film, you often have to indulge in movies from outside the United States.  Films like The Tale of Tales from Italy or The Tale of the Princess Kaguya from Japan or Song of the Sea from Ireland as well as many others.  However, that’s usually because those tales are more popular in their home countries.  Also, Disney will sometimes delve into less familiar lore in the interest of diversity, but that happens roughly once in a blue moon. 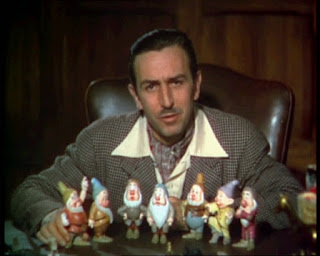 Now, I’m glad to be living in the current trend of “fairy tale/children’s fantasy” movies.  Partially because it gives me stuff to blog about and partially because it’s interesting to see someone like Disney retell stories they’ve told in different ways.  Granted, not all of these movies are gems.  A lot of studios tend to try and turn old stories and characters into copies of stories and characters that have already done well in Hollywood.  But then, I still kind of wish there was a Marvel Studios for fairy tales.  A studio that would delve deeper into the less famous tales.

Of course, that’s not to say that the obscure fairy tales don’t have certain aspects that might be keeping Hollywood away from them.  For example, there’s the question of who to market the films to.  One of the things about a lot of fairy tales these days that stymies people is that they often seem too dark for children but too simple for adults.  But still, that shouldn’t be something that clever screenwriting and direction couldn’t fix.  Then there’s the issue of “fairy tale logic”.  You know, that oddly dreamlike logic that fairy tale characters seem to act on during the course of a story.  One could argue that the reason that Hollywood film makers stick with the popular tales is because the general public has already accepted them and the leaps of logic in them.  People accept that Little Red Riding Hood mistakes the wolf for her grandmother because it’s wearing a nightcap or that the glass slipper will only fit Cinderella’s foot.  With other tales that they don’t know, those forays into fairy tale logic might not be so accepted.  Heck, Jean Cocteau essentially had a disclaimer at the beginning of his version of Beauty and the Beast explaining the presence of what he called “child logic”.  But still, a little clever writing might help that (or is that too much to ask of Hollywood?).  Some tales would even be hard to fit into a typical three act structure, seeing as they existed before there were any codified rules for creating stories for mass entertainment.  But still, I think it would be worth the effort to try. 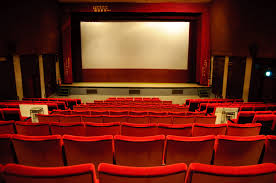 Anyway, as much as I’d like to see more narrative diversity in the Hollywood fairy tale, this is the situation we’ve got for the foreseeable future.  At least, until someone who wants to see these other stories on film starts their own studio or something.  And I don’t see that happening unless some storytellers or folklorists win the lottery so they have the start-up capital.  That’s definitely unlikely to happen.

Though, maybe I should buy a couple of scratch-off just in case.
Posted by Adam Hoffman at 5:33 AM