Once Upon a Pixel: Video Game Round-Up. 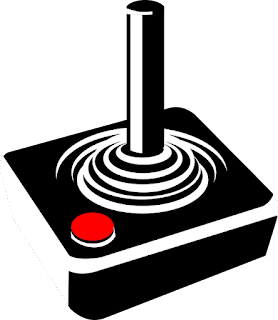 Alas, there is one simple truth to running this blog.  I can’t cover everything no matter how hard I try.  There are a number of pop culture/fairy tale topics I’d like to cover but just can’t with my once a week update schedule (and unlike Gypsy, I don’t think I could handle posting every day).  One of those unlucky subjects that I can’t get to is video games.  There are other reasons for this too, though.  For example, I’m limited by the technology in my possession.  I only own a Wii U and a Nintendo 3DS and my computer isn’t quite up to snuff when it comes to running modern games.  But I try my best when I get the chance.  So, to that extent I’ve put together a round-up of recent folk tale and fairy tale inspired games I’ve played recently and my thoughts on them.  So, shall we begin?

Never Alone (Kisima Ingitchuna)- Never Alone is the first in a newly developed genre of “world games”.  World class game makers teamed with the Inupiat native people of Alaska to develop a game based on their folklore.  The end result is a puzzle platformer in which the main character Nuna, a young Inupiat girl, and her arctic fox friend must manipulate the environment around them to reach their objectives.  I am not an expert on Inupiat folklore, but the game is filled with spirits, little people, monster men and an unusual and wise Owl Man.  If nothing else, the folklore feels genuine.  The rest of the game is up to snuff, even if it’s not groundbreaking.  The controls are responsive, the visuals are pretty and the game’s story is pretty engaging.  It’s a good, solid game.  I will let people know that they should make sure to download this game onto the best device they have because low processing power doesn’t help it much.  It’s currently available on Xbox One, PS4, Steam, Wii U and Nvidia Shield.

Woolfe: The Red Hood Diaries- Woolfe is a dark fairy tale themed platformer by publisher GriN Gamestudio in a similar vein to the popular American McGee Alice games.  The story focuses on a vengeful, ax-swinging version of Little Red Riding Hood as she investigates the disappearance of her father and its connection to a crooked industrialist named B.B. Woolfe.  Along the way she meets and fights various twisted fairy tale icons.  The idea had promise even if it’s a little bit textbook “dark fairy tale”.  However, this is a perfect example of when a decent idea can be brought down by bad design and mechanics.  The truth is that I found Woolfe’s camera to be glitchy, the controls to be sloppy and the hit detection very poor.  The end result is that the game became an exercise in frustration rather than fun.  It’s available on Steam if anyone still wants to try it out, though GriN Gamestudio has since shut its doors.  (Note: I actually found a picture from this one!) 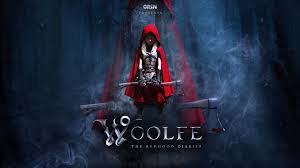 A Day in the Woods- We move from one Red Riding Hood game to another.  This one is probably the simplest game on the list.  A Day in the Woods is a mobile phone game developed by RetroEpic and available on both Iphone and Android.  The game is a sliding tile puzzle game with the simple objective of moving Red Riding Hood through the woods to collect fruit and flowers and ultimately get her to her grandmother’s house.  However, there are obstacles to avoid like bears and giant spiders.  Luckily, there are things in the forest that can help Red.  Campfires keep bears away and beehives distract them so Red can slip past.  This game is very simple to play and control and easy to jump right into.  If you enjoy puzzle games and have a smartphone, I’d suggest giving A Day in the Woods a try.

Jack the Giant Killer- We’re reaching way back now to the early days of arcade gaming!  Jack the Giant Killer is a “Jack and the Beanstalk” themed game by Cinematronics published in 1982.  Each level starts off with Jack climbing a maze of vines leading to a level that involves a sleeping giant, golden eggs and some kind of treasure for Jack to take, which leads to a level in which the giant drops things down the beanstalk, trying to knock Jack off as he climbs down.  The controls are similar to Crazy Climber and Donkey Kong, but not as smooth.  Why am I talking about a game this old, though?  Because it can currently be played for free at the Internet Archive Arcade.  That’s why.  While not the best arcade game ever, it’s hard to beat a game you can play for free (and the Internet Archive has a lot of them).  I will admit that the controls can be a little difficult to figure out in this form, though.  So, some trial and error is likely going to be needed.  I also found an Ali Baba and the 40 Thieves game on Internet Archive, but it just looks like some kind of weird Pac-Man knock-off. I also found a game starring that classic of Irish folklore, the Leprechaun.

That’s it for now.  It will be rare that I cover video games again in the future.  If I do, it will likely be if a game comes out for a system I already have or if I want to touch on the elements of Japanese lore that find their way into classic series like Super Mario Bros., The Legend of Zelda or Pokemon.  It is too bad, though.  I still want to play Brothers: A Tale of Two Sons, but it doesn’t look like it’ll come out for Wii U anytime soon.  Still, we can at least put this post and the comments section to good use.  If anyone has recommendations for games that draw on folklore and fairy tales, post them in the comments regardless of gaming platform.  Maybe someone out there with the right system wants to play. 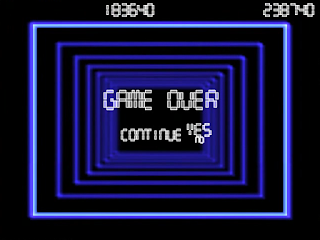