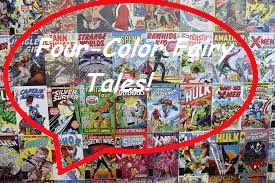 This one is going out to all the “Beauty and the Beast” fans out there and I know there are more than a few.

Fairy tales are often known for their brevity.  They’re longer than fables, but often much shorter than your average short story.  Now, most of the fairy tale comics I’ve shown you thus far have been anthologies or mash-ups of different tales.  However, there are certain tales that can be made to work in a longer format, provided that the writer or artist is able to add a certain amount of richness and depth to the story themselves.  “Beauty and the Beast” is one of the stories that can do this remarkably well.

The earliest literary version of “Le Belle et le Bete” was written by a woman named Gabrielle-Suzanne Barbot de Villeneuve.  As was the tradition of the time, the work was lengthy and included many baroque, opulent descriptions.  Later, this story was retold in an abridged form by Jeanne-Marie Leprince de Beaumont.  As near as anyone can tell, it’s from this abridged form that the story found its way into the folk tradition (whether Villeneuve got the story itself or just the motifs from folk sources is not known).  From there, it found its way to the Auvergne region of France where Henri Pourrat recorded it as “Lovely Rose” and also to Germany where the Grimms found it as “The Summer and Winter Garden” (it was included in the first edition but was later removed for not being German enough).  I’ve even encountered a version from the Scoharie hills of Upstate New York entitled “The Rosy Story”.  That’s just kind of the tip of the iceberg however, when you consider all the media adaptations.  It was made into a much-lauded film by French director Jean Cocteau.  It was also transformed into a soap opera for CBS starring Ron Pearlman and Linda Hamilton (later to be remade as a teen drama on the CW).  Also, it was made into a very popular animated movie by Disney that opened the floodgates for all sorts of different adaptations, including a Broadway show.  Again, still just the tip of the iceberg (I don’t think I even have space to list all the YA novels based on this story).

However, I’m not writing this to focus on “Beauty and the Beast” in general.  I’m writing this to focus on a webcomic version of the story by online cartoonist Megan Kearney.  Megan Kearney’s Beauty and the Beast is basically a black-and-white webcomic retelling of “Beauty and the Beast” with a few tweaks.  The story starts off with Beauty and her sisters Virtue and Temperence awaiting the return of their father and Virtue’s husband Claude on a snowy night.  When they do return, Beauty’s father is in a bad way, unconscious from some ordeal.  They also find with him all sorts of gifts that they had asked from him, including a single rose.  The interesting thing about the gifts is that it’s pretty clear that they asked for them all in jest.  However, the father, wishing to please his daughters, took them seriously.  This does a good deal to change the dynamic between Beauty and her sisters from the usual version, which depicts them as vain and greedy.

Anyway, the basic plot of the story is the same as the one everyone knows, so I probably shouldn’t dwell much on that.  It is how the story is told that makes the most difference.  Kearney, in her way, takes a page from Villeneuve.  However, while Madame Villeneuve engaged in verbal description to add to her tale, Kearney uses the visual medium she’s working in to show us the opulence of everything around Beauty.  Kearney’s art style is simple yet has detail where it counts.  In some parts, I find it reminiscent of the work of Jeff Smith (best known for his comic series Bone).
Also, as Madame Villeneuve did, much is made of both Beauty’s and Beast’s histories.  However, instead  of exposition, Kearney gives us mere hints and glimpses that keep the reader curious.  You’re never quite sure what the whole story is, but you know a little bit more every time.
However, I’d say that perhaps the greatest strength is in how she depicts the emotions and relationship between Beauty and her Beast.  Beauty herself is smart and brave, yet has her vulnerable moments.  The Beast, in general, is not altogether beastly.  He’s usually depicted as a lonely, gentle soul.  However, he does have a more animalistic side which he strives to hide from Beauty.

It’s a slow, gradual process as these two warm up to each other.  Yet, even after some time, it’s not without its complications.  One of the best scenes is one where Beauty reveals how conflicted she is over actually befriending Beast because despite it all, she can’t forget that she’s still technically his prisoner.
Megan Kearney seems to have realized something that even the animation powerhouse Disney did not.  When written well, there really is no need for a villain in this story.  At least, there is no need for one in the present-day portions of the story.  One could argue villainous intent for some of the figures in the mysterious glimpses of the past.  There is no swaggering Gaston figure waiting to cut the Beast down and take Beauty for himself.  There aren’t any greedy boyfriends like in Cocteau’s version that want to steal from the Beast’s treasure trove.  She even goes one further and removes the more unsavory aspects of Beauty’s sisters, replacing greed with simply a misunderstood joke.  In the end, it’s the situation itself that provides enough conflict to carry the story thus far.

I’ll leave a link to the archive of the series right HERE.  This is potentially one of the best fairy tale webcomics around and it manages to do it by bringing unexpected nuance and emotion out of just one story.  I’d also like to close this one out by saying “thank you” to Ms. Megan Kearney herself who I contacted and let me use the wonderful images from her webcomic to illustrate this post.

To all the “Beauty and the Beast” fans: you’re welcome. :D
Posted by Adam Hoffman at 6:48 AM