Hello again, one and all.  Adam Hoffman, Fairy Tale Geek here, bringing you a very special column to kick off the month of April.  For months, I’ve given you my recommendations for hidden or forgotten tales through my “Folk Tale Secret Stash” column.  However, now Spring is starting.  It’s a time of rebirth and rejuvenation.  Also, with The Turnip Princess and other tales by Franz Xaver Schonwerth published just a few weeks ago, it’s also a time of rediscovery in the fairy tale loving community.  So, what can I do right now to up the game I started when I introduced people to “How Six Men Got on in the World” all those months ago?  Easy.  I’m going to get a whole bunch of my online friends in on the act!  That’s what Fairy Tale Hidden Treasures is going to be about.  I will introduce a tale and then pass the torch to another blogger who will introduce another tale and so forth.  Make sure to follow the links!


Now, I’ve spotlighted so many obscure tales.  However, I thought I’d use this chance to spotlight a story written by a fairy tale writer whose work has been pretty well forgotten by the mainstream here in the .  Or rather, two writers.  All will be clear in a little while.  The story I am talking about is “The White Cat”.  The first writer was Marie-Catherine Le Jumel de Barneville, Baroness d’Aulnoy, or Madame d’Aulnoy for short. 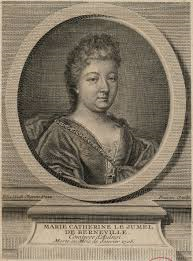 Madame d’Aulnoy as a French aristocrat in the late 1600s had a full and eventful life.  However, we’re most concerned with her writing career.  D’Aulnoy was one of the first French salonistas to start writing fairy tales, alongside more well-known writers like Charles Perrault.  In fact, the title of her first fairy tale books Les Contes des Fees or Tales of Faeries is said to be the source of the more streamlined English term “fairy tale”.  Madame d’Aulnoy wrote two books of tales and it was in her second one New Tales, or Fairies in Fashion that “The White Cat” appears.  The story itself is drawn from folk tale archetypes.  It’s essentially a polished and expanded tale of the “Puddocky” type.  Certain less savory aspects are changed to make it more suitable type of tale for the upper crust of Parisian society and lots of minute detail has been added.  It has essentially been transformed into a literary tale more fit for pleasure reading than telling aloud.  I now ask you to fast forward to the early Twentieth Century.  A scholar and anthropologist named Henri Pourrat retires to the country for his health.  He develops a need to write and finds himself in the unique position of being able to collect the oral tales of the region of .  What is one of the tales that he collects?  Why, it’s “The White Cat”!


Over the preceding century or so, Madame d’Aulnoy’s tale has worked its way back toward its folk roots, keeping some of the elements that the Baroness added but evolving into a simpler, more streamlined story.  This is a process that never seems to stop.  The folk becomes literary and the literary becomes folk.


Now, about the story itself. 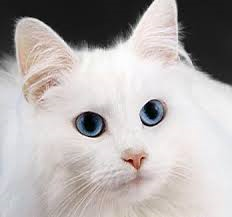 The story as Madame d’Aulnoy tells it concerns three princes, brothers, who are interested in inheriting their father’s kingdom.  Their father isn’t so interested in giving up his throne.  So, the kind sets certain tasks for them.  First he asks them to bring him a little dog to keep him company in his old age, but only the finest little dog will do.  The three princes set out on the adventure.  One prince heads one way, another heads another way and the youngest still another.  Now, the youngest eventually finds himself at a magnificent palace.  Asking for a place to stay, he finds that the palace is almost entirely populated by cats.  The only living thing there that is not a cat are hands that act as servants (movie buffs will be reminded of Jean Cocteau’s Beauty and the Beast).  The mistress of the house, though, is one specific White Cat.  The prince takes quite a shine to this fabulous feline and he spends almost a whole year in her company.  Finally, the time comes for the prince to return home and the White Cat hands him an acorn.  Upon returning, his brothers present lovely little dogs to the king.  Then, the prince cracks open the acorn.  This reveals a tiny little dog of a thousand colors that dances with castanets when placed on the ground.  Needless to say, the king is impressed.  However, he still doesn’t want to give up his throne.  So, he sets another task.  He sends them to find linen so fine that it can pass through the eye of a needle.  The princes all go off to find the linen and the youngest heads directly to meet the White Cat.  Again, he spends about a year hanging out with the mewing mistress of the manor until the cat reminds him it’s time to go back.  This time, she hands him a walnut and sends him on his way in a beautiful golden carriage.  When he returns home, his brothers have indeed brought fine, beautiful linen for the king.  None of it can be threaded through the eye of a needle, though.  So, he cracks open the walnut.  Inside, he finds a hazelnut.  Inside that, he finds a cherry pit.  Then . . . well, many layers later he finds the finest piece of linen possible and it slides through the eye of the king’s needle with ease.  The youngest prince wins again.  However, the king has one more task for his sons.  He sends each of them off to find a bride.  The one who brings back the most beautiful girl wins the crown.  And . . . I think I’ll leave you here.  I really do hate spoiling things if I can help it.  Don’t worry, I’ll provide a link further down.


This synopsis really is a very stripped down version of Madame d’Aulnoy’s story.  The original has much description of the White Cat’s opulent palace and the activities she and the prince get up to.  There’s also a tale within the tale that serves as the White Cat’s origin story.  Henri Pourrat’s story follows much the same story but by a simpler path than Madame d’Aulnoy’s.  The tasks the king sets are a little different and the solutions  the White Cat gives the prince seem to emphasize ingenuity a little more than sheer magic and splendor.


I really like this story because it stems from the dawn of the literary fairy tale, giving it a real sense of history.  It also combines a nice “impossible quest” type of motif with something of a gender-swapped “Beauty and the Beast” dynamic.  This gives the tale a little bit of a unique feel.  Now, to those who are a bit more arts-savvy, you’ll know that the White Cat isn’t quite a complete unknown.  She gets an appearance in the Sleeping Beauty ballet in which she dances a pas de deux with Puss in Boots (another Madame d’Aulnoy character, the Bluebird, also gets a dance).  However, ballet is a largely European art (or at least seen as snobbish here in the States).  Here in the , she’s barely known.  On top of that, translations of Madame d’Aulnoy’s stories are few and far between.  You can find a copy of the story HERE at Sur La Lune and it can also be found in Andrew Lang’s Blue Fairy Book.  Henri Pourrat’s version is even harder to find.  My book French Folktales by Henri Pourrat and translated by Royall Tyler is out of print.  Also, Pourrat’s stories seem to have no online presence.  The best I could find is THIS.  Otherwise, interlibrary loan and used book vendors may be your only option.


So, that begins the cycle for Fairy Tale Hidden Treasures.  I will now pass the torch over to Amy-Elize Brown of Asleep in the Woods who will introduce you to another hidden or forgotten tale.

The Blog Tour so Far:
Asleep in the Woods: "The Valiant Blackbird"
Tales of Faerie: "The True History of Little Golden Hood"
Once Upon a Blog: "The Heart's Door"
Life, the Universe and Everything: "Davy and the Devil"
The Multicolored Diary: "The Princess' Curse"