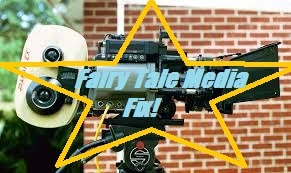 Hello once again, this is Adam the Fairy Tale Geek presenting another movie review.  This time, my subject is the newly released live-action version of Disney’s Cinderella.


Now, before I go on, let me say that I actually do know that the subject of Cinderella has become something of a battlefield lately.  Cinderella has become kind of the poster child for a lack of feminism in fairy tales and any number of people have latched onto this to make the story and original 1950 animated film the subject of criticism and ridicule.  Among those people are the people behind Cinema Sins, Honest Trailers and Princess Rap Battles (warning, the language for these videos can get quite coarse.  Remember parents, be aware of what your kids are watching online).  So, on one level, this movie can be judged by how well it updates a classic fairy tale for the values of modern times.  However, it can also be judged by how well of an adaptation it is and just how good of a movie it is.  Hopefully, I can cover all these angles suitably well.


The movie starts off rather slowly with a whole lot of backstory.  We’re introduced to Ella (played in her adult incarnation by Lily James), her mother, her father and the general household.  They’re sweet, loving, kind and . . . well . . . kind of boring.  Okay, that’s not a fair criticism.  There isn’t any real conflict in the story yet.  Anyway, before long Ella’s mother falls ill and before she dies she gives Ella the sage advice of “Have courage and be kind”.  As I understand it, this phrase (oft repeated through the movie) has come under fire from feminist critics as reinforcing outdated female behaviors.  I don’t quite understand that seeing as “have courage and be kind” seems like good advice regardless of your gender.  What struck me was that it seems like the fairy tale equivalent of this: 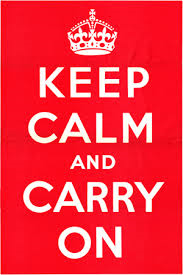 I wonder if anyone’s put Cinderella’s motto on a t-shirt yet (Oh look, they have!).  Anyway, time passes and the father decides to marry again, this time to the Lady Tremaine (Cate Blanchett).  She brings along her two daughters, a cat named Lucifer and an unmistakable air of evil that only the audience seems able to detect.  Some more time passes and Ella’s father leaves on business only to die on the road.  Now, here’s where the story really begins in earnest.  After her father dies, Ella is essentially exiled to the attic and made into a servant.  After one particularly bad morning in which her stepsisters give her the nickname Cinderella, she rides off into the woods where she encounters a stag who she saves from being hunted by the prince (Richard Madden) and his entourage.  Taking him to be a regular soldier or hunter, the prince introduces himself as an apprentice named Kit.  Yeah . . . Prince Kit.  One of the few times in Disney history that Cinderella’s prince actually gets a name and they go with Kit.  I don’t know, I guess I just never expected the prince to have the same first name as The Phantom.


Well, I’m not going to bore you with any more synopsis.  The rest of the movie is actually rather entertaining.  Compared with the animated movie it’s remaking, they jettison the Tom and Jerry antics of Lucifer and the mice (which took up way too much of the original film) largely in favor of more scenes for the prince and some behind-the-scenes political maneuvering by the Duke.  Helena Bonham Carter plays a good turn as a somewhat daffy Fairy Godmother in what may be one of the most entertaining scenes in the movie.  There’s also a surprisingly exciting and action-packed race away from the ball as the coach and animals begin to turn back to normal.  The stepsisters are hilarious in many of their scenes.  The movie does its best to try and give Lady Tremaine some depth regarding her hatred toward Ella.  Overall, though, the highlight is the onscreen romantic chemistry between Kit and Ella.  The movie is just sweet.  It may not do anything revolutionary with the story but it will give you the warm fuzzies as you’re watching it.


From a fairy tale perspective, there’s a lot to love.  While the movie is considered to be a remake of the 1950 animated film, that isn’t their only source material.  There are references back to Charles Perrault’s “Cendrillon”.  For example, the footmen are once again transformed from lizards.  There are also references to the Grimm version.  The most notable of which is the branch she asks her father to bring back from his travels.  Also, the stepsisters in this version are depicted as “beautiful, with fair faces, but evil and dark hearts” rather than ugly like in many versions.


The biggest challenge that director Kenneth Branagh and screenwriter Chris Weitz had is convincing the audience that Ella is strong because she manages to keep her good nature rather than becoming bitter in the face of the cruelty of her step-family.  I think they do a passable job.  I know there are others who wouldn’t be convinced.  That, honestly, is probably because in our modern world and especially in the culture of the , we don’t easily see that type of internal fortitude as strength.  Staying in one place, even if it’s your ancestral home, isn’t seen as strong these days.  Being intrepid and going off into the world is.  We expect people to show strength through confrontation.  People want Ella to stand up and demand respect, damn the risks!  However, sometimes it’s better and wiser to avoid confrontation.  My aunt, who went to see the movie with me, actually asked me during the movie actually asked me why she lets her stepfamily treat her that way in her own house.  My answer is that I didn’t know if anyone else with any legal authority would agree with her.  Not knowing how the laws in that kingdom are applied and coming in blind to what’s actually going on, are we so sure that a judge or magistrate would side with Ella over Tremaine.  If you were given such a task, who do you think the house belongs to now?  The owner’s widow or the owner’s orphaned child?  And hey, this version of Cinderella does actually stand up to Lady Tremaine when she tries to use her to weasel her way into controlling the prince.  Like I said, some will disagree with me as to whether Ella’s a strong character.  However, I also will say that I sometimes find the standards people hold for empowered fairy tale characters to be unfair seeing as many of them aren’t applicable to characters of either gender.  That’s a post for another time, though.


Overall, I’d say the new Cinderella despite a slow start is a sweet, enjoyable movie.  It also does a decent, if not fantastic job of rebranding one of Disney’s most embattled characters.  It may not be revolutionary, but that doesn’t mean it’s not worth watching.


Finally, I will also add that if you are a fan of the music from Disney’s original animated version, sit through the credits.  You’ll be in for a treat.
Posted by Adam Hoffman at 3:30 PM