The Stuff of Legend!: King Arthur. 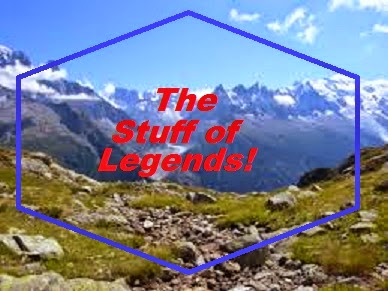 Legends are a unique piece of folklore.  A legend, by definition, is a folk story that draws on historic people or events in some way.  We often find them mixed in with our fairy tales, but they’re really not the same thing.  Even if it’s an old legend that has lost much of its sense of history, I still find that legends have a greater sense of place and time than fairy tales do.  It is because of this and various other reasons that I thought that legends are more than deserving enough for their own feature on my blog.  So, welcome to The Stuff of Legends!  This is a limited series for this blog, much like The Swan Lake Project was, only over a longer period of time.  I have chosen twelve legends or legendary figures.  I’m going to research the historical roots of these tales and the forms they take.  I can’t promise there will be a new installment every month, seeing as these take a while to research.  However, I will try to get these posted at a fairly good pace.  Anyway, I thought I’d start off strong and post about the most popular legend in all the Western world: King Arthur! 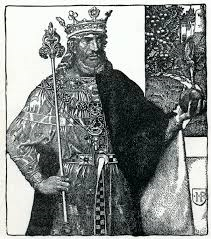 Now, most of my information comes from a book titled King Arthur: Hero and Legend by Richard Barber.  I don’t know if it’s the most recent source on this subject, but it does do a good job of explaining the evolution of the legend with a very readable prose style.  So, check your local library for it if you feel so inclined.


Now the first references to Arthur come in Welsh records of their battles with the Saxons.  The Saxons were a confederation of Germanic tribes whose homeland was on the North German Plain.  The Saxons had been attempting to invade the since some time in the late third century.  When Roman soldiers and Roman rule withdrew from , the English and Welsh chieftains were left to handle the Saxon problem on their own.  This seems to be where Arthur comes in, not as a king but as a commander in battle.  The Welsh text Historia Brittonum said this “Then in those days Arthur fought against them with the kings of the Britons, but he was a commander in those battles.”  The text then gives a list of about twelve battles that Arthur took part in.  Other than a brief mention in Annales Cambriae (which translates as the Annals of Wales) and a few verses from scattered Welsh poems, there isn’t much else to draw from.  Even some of the more reliable historical chroniclers of the early Middle Ages didn’t mention him.  Of course, there’s also the fact that there were so few sources to draw from.  The sense of history among the Britons practically disappeared for a time following the withdrawl of Roman forces.  However, if he did exist, it’s plainly clear that he must have been some sort of battle commander in charge of Celtic forces, specifically those from what is now .  The Welsh actually have their own set of legends surrounding Arthur and I’ll provide a link to them right HERE. 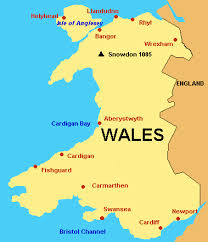 The legend, however, would go on.


The development of the Arthur legend and his role as king would start in Welsh poetry around the ninth to eleventh centuries.  Arthur appears in The Spoils of Annwfn as the leader of a war band and in the Black Book of Carmarthen, there is practically a roll-call of heroes who are supposedly his followers.  It was in the story of Culhwch and Olwen that we start to see the Knights of the Round Table as they would eventually be, including mention of the character Cei (known in future works as Sir Kay).  However, it is much later with Geoffrey of Monmouth that the legend started to take a modern shape.  Geoffrey’s book The History of the Kings of Britain would focus extensively on Arthur.  Here, Arthur is transformed into a conquering king in the mold of Charlemagne.  He also adds such well known characters like Guinevere, Merlin and Mordred to the legend.  Now, while this book was accepted as a genuine history for a long time, it’s far more likely that he was trying to write some sort of national epic for the Briton people.


There is so much more to the development of this legend, but I fear I can’t transcribe a 200 page book in the space of a blog post.  Perhaps I’ll just give the Cliffs Notes version from here.


Based on Geoffery of Monmouth’s work, various writers write works on Arthur.  It is in these works that we start to see concepts like the actual Round Table start to appear. 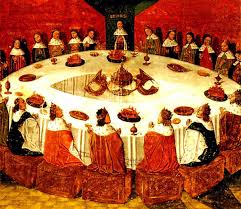 The stories of Arthur would be carried across the sea to where they would become the subject of various French romances.  While the earlier Celtic sources provided such characters as Arthur, Guinevere, Merlin, Bedivere, Gawain, Ywain, Kay and Mordred, the French writers would add their own characters such as Lancelot, Galahad, Bors, Gareth and Perceval.  It was under the French writers that elements of chivalry and courtly love started to becomes incorporated.  It’s a French writer named Chretien de Troyes who first writes of Lancelot’s courtly love for Guinevere in a book entitled Le Chevalier de la Charrette (the Knight of the Cart).  He also is the first writer to involve the Holy Grail in his romance Le Conte du Graal (The History of the Grail).  Interestingly, though these days we associate this tale largely with Sir Galahad, it’s Sir Perceval who is the central figure in early Grail stories.  Perceval himself is depicted as something of a foolish, naïve figure that attains some degree of spiritual enlightenment through his quest.  The French writers are also the ones who first brought the ancient story of Tristan and Iseult into the Arthurian legends.


Among the French writers, it was Robert de Boron who linked all the myriad works together in a very long, sweeping work known as the Vulgate Cycle.  It was the Vulgate Cycle that first incorporated the love between Lancelot and Guinevere as a crucial part of Camelot’s downfall.


The stories of Arthur and his court would be popular in many parts of .  However, back in the , the English would take their own approach to the stories.  Arthur and his knights start to take on the character of folk tale heroes, appearing in largely unconnected stories and poems and dealing with various elements of the magic and the supernatural.  The English also found a most unlikely hero in the form of Sir Gawain.  Gawain was often listed as being among Arthur’s earliest followers.  However, the French writers often depicted him in a somewhat negative light.  He was considered to have great skill in battle but was often shown to be discourteous, brutish and offensively sexual.  Under English pens, he was the very figure of knighthood.  Stories like the tale of “Sir Gawain and the Green Knight” and “Sir Gawain and Dame Ragnell” are the legacy of the English poets. 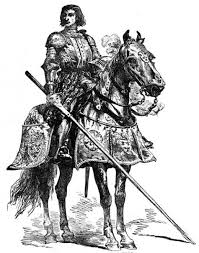 Now, while the Vulgate Cycle first ties the stories together, the length of the work made it almost unwieldy.  It was in in the mid-fifteenth century that Sir Thomas Malory created his Le Morte D’Arthur which welded the stories together in a more readable form.  Malory is himself a rather enigmatic figure.  There are four people with the name Thomas Malory living in that time period, and all but one of them are possible authors of this work.  Now, Le Morte D’Arthur is not without it’s flaws.  For one thing, Malory seems unusually favorable to the character of Sir Lancelot.  However, it is still from this work that all future works on King Arthur are in some way derived.


Now, it would probably be folly to try and list all the ways in which the Legend of King Arthur has appeared in popular culture.  However, a few high lights and low lights are not beyond reason.  In terms of literature, a personal favorite is The Once and Future King by T.H. White.  White expands on Arthur’s youth in the section entitled The Sword in the Stone, which would later inspire a Disney movie of the same name.  He also includes such interesting additions as an ugly and single-minded version of Lancelot and a Merlin who can prophecy because he can remember the future, seeing as he lives backwards in time.  In the world of satire, there is A Connecticut Yankee in King Arthur’s Court by Mark Twain.  In this version, Camelot’s downfall is brought on by the meddlings of a time traveler who tries to modernize Arthur’s court.  There are also films such as John Boorman’s Excalibur which derives a great deal from Malory and Antoine Fuqua’s 2004 King Arthur which attempted a more historical tone and managed variable levels of success.  In terms of comedy, there’s Monty Python and the Holy Grail.  The BBC provided its own version of the Arthurian legends by way of teen drama with the show Merlin.  One notable video game title is Knights of the Round by Capcom.  And since I can’t seem to write a post on pop culture without mentioning the strange cartoons I watched in my youth, I’d be remiss not to mention King Arthur and the Knights of Justice.  The plot basically goes that King Arthur and his knights are trapped in a magic cave by Morgana and unable to defend Camelot.  So, Merlin recruits a football team called the Knights complete with a quarterback named Arthur King from the future to stand in for Arthur and his knights to defend Camelot from a made-for-TV villain named Lord Viper.  No, I’m not kidding you, that is the actual plot.  The end result is like a strange Connecticut Yankee in King Arthur’s Court meets He-Man kind of dynamic.  Oh well, at least the theme song was awesome.  The popularity of this legend as a source for popular culture cannot be denied.  Just recently, the season finale of TNT’s The Librarians drew extensively on the legend of King Arthur. 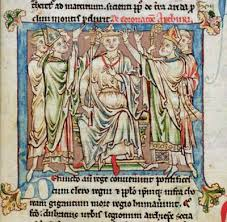 After reading all this, it seems apparent to me that much of the legend’s popularity comes from its malleability.  What started as a vague account of a Welsh military leader was reshaped in various ways to be everything from fairy tale to religious allegory to adventure story to tragedy and beyond.  As the legend became solidified in recent centuries following Malory’s book, the tale of Camelot became one of the heights that the human will can reach to.  Camelot was meant to be sort of a paradise of the West.  However, the tale is a warning that nothing gold lasts forever.  Even Camelot falls and it’s the human failings of key figures that bring it low.  It’s Guinevere’s infidelity with Lancelot and Arthur’s illegitimate son Mordred that lead to Camelot’s fall.  Anyway, despite who the real Arthur may have been and what form of the legend you take, King Arthur and his knights certainly are The Stuff of Legends!
Posted by Adam Hoffman at 8:57 AM