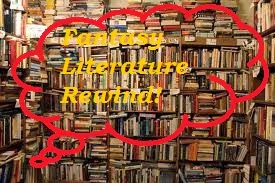 Jack: Alright, it seems to me that the next thing this guy has on deck is something called “Fantasy Literature Rewind”.  Now, let’s see.  Where was that list of books again?


Screamin’ skulls, kid!  You actually read books this old?  I died over two hundred years ago and even I hit up the bestseller list every once in a while.  Okay, I have a better idea.  Let’s try something just a little more modern.  Or would 1972 be too new for you?


Adam: Actually, that one might be more of a “Fairy Tale Fandom Book Report” book.


Jack: Yeah, yeah.  Whatever.  Anyway, in the spirit of this most chilling season, I thought we might take a look at a children’s book by one of the great science fiction and horror writers of the twentieth century.  It’s a book that embraces Halloween and all its history like an undead brother.  That’s right, I’m talking about The Halloween Tree by Ray Bradbury. 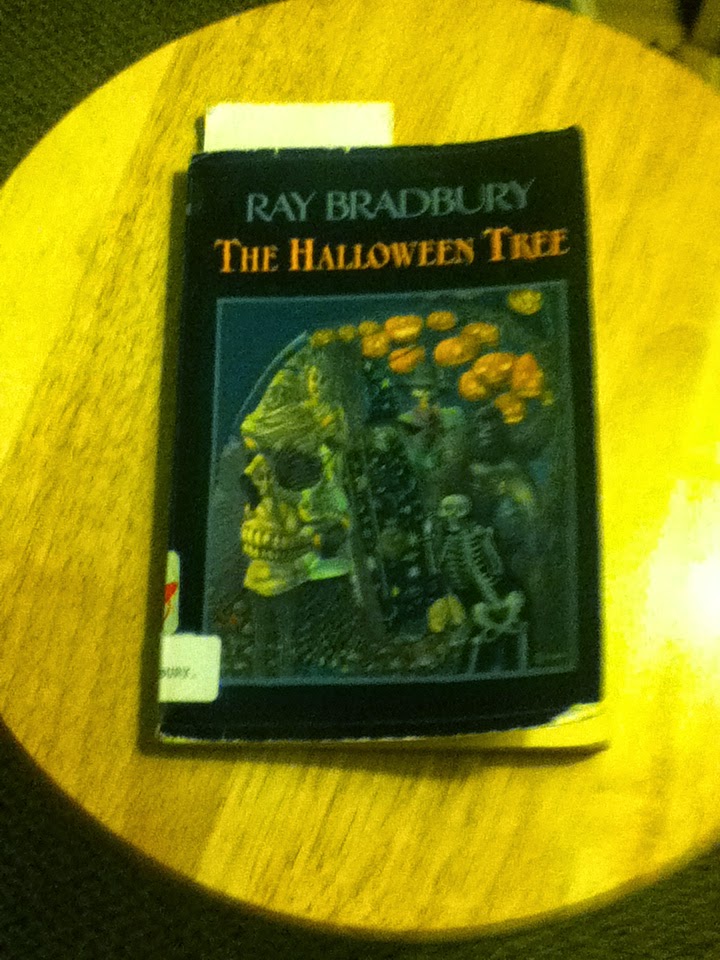 Adam: Actually, Heidi over at SurLaLune just posted about this one.
Jack: Like I care.  This book may not be as famous as some of the hoary old texts you read, but it has had an impact.  It was made into a television special and they put up a tribute to it at Disneyland every year.  The story starts on a dark and eerie Halloween night.  It’s the kind of night where anything can happen.  Eight trick-or-treaters gather for an epic night of trick-or-treating.  Among their number are a skeleton, a witch, a gargoyle, a mummy, a ghost, a beggar, an ape-man and a grim reaper.  One trick-or-treater is missing, though.  A young boy named Joe Pipkin isn’t there.  Pip is a good friend and a boy who embraces childhood to the utmost.  So, naturally, our friends go to get him.  They go to his house and find Pip, but he doesn’t seem to be himself.  He’s also noticeably clutching his side like he’s got a stomachache.  Pipkin tells them to go on ahead.  Eventually, the boys make their way to a creepy old house.  There, they meet a man named Carapace Clavicle Moundshroud and see the amazing Halloween Tree.  It’s a tree that glows with thousands of Jack O’Lanterns (the pumpkins, not yours truly) hanging from its branches.  Moundshroud offers to teach the boys about the origins of Halloween.  They want to do it, but suddenly Pipkin shows up to join them.  Just as suddenly though, Pip gets stolen away by a dark something.  From that point, the race is on.  Moundshroud and the boys chase Pipkin through time and space and visit the festival of the dead for all sorts of other cultures.  They witness the tombs of , they see ancient Greeks making offerings to ghosts, help build Notre Dame with its gargoyles and see ’s Dia de los Muertos.  But can they save Pip from the dark force.


Adam: Interesting.  And I do like Ray Bradbury.  I’m assuming this book has his usual descriptive language and poetic-sounding prose in it.  So, is that dark force what I think it is?


Jack: Probably.  We all meet that dark force eventually, though.  Trust me, I know it  personally.


Adam: Well, it sounds like a good book, but it’s not really the kind of book we review here.


Jack: Oh really?  Well, if it may please the jury, I’ll state my case.  This column is called “Fantasy Literature Rewind”.  And this book is fantasy, is it not?


Adam: Okay, okay!  You made your point.  One point for the moldy, old ghost.


Jack: Thank you!  Hey . . . wait a minute.  Remember, what I’m doing here is for the benefit of you and this rinky-dink blog of yours!


Next Time: Jack O’Lantern’s Halloween Takeover continues.
Posted by Adam Hoffman at 5:33 AM