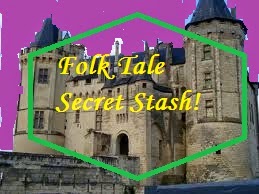 I think it’s time that I addressed a certain point regarding my feelings toward gender in folklore and fairy tales.  In my dealings with other fairy tale fans, they may have noted my preference for tales with active, male protagonists.  One or two may have misinterpreted this as a rejection of recent trends toward promoting active females in fairy tales.  This is anything but true.  My promoting active male characters has little to do with chauvinism and much to do with dispelling the girl oriented “princess culture” that has come to dominate how people view fairy tales and has caused many young boys to lose interest in the artform.  It’s also a rejection of all those do-nothing “Prince Charmings” that serve as plot devices in too many tales.  The truth is that I love girl characters that take center stage as well as an active part in their own destiny.  Now, which country’s folklore can we look to in order to find a perfect example of this character type?


I know it might.  has something of a bad rep when it comes to gender relations, especially as you reach backward in time.  However, there are few cultures out there that completely adhere to their bad press.  Traditional manages to shake off some of its bad reputation with one little story entitled Li Chi Slays the Serpent.  Now, for the sake of this post (and the title card at the top), we’re going to treat Li Chi as a folk tale.  However, it may actually be more of a legend.  A legend is a folk story with some basis in history.  I say this might be a legend because of how specific the story can get regarding names and places and because the story explicitly states that ballads are still sung about Li Chi (legends often make it into song more than folk tales do).  As I’ve looked into this story, I’ve also seen it referred to as a “myth” and a “fantasy”.  I’m not sure anyone really knows what it is anymore.  Anyway, as far as legends are concerned, I plan to do more with them in the future, including the story of another famous Chinese woman. 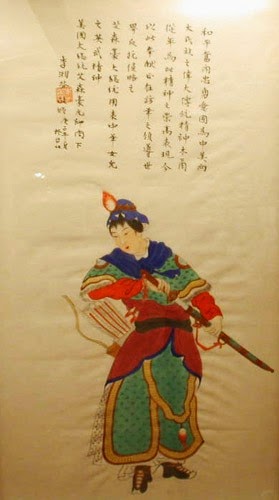 Now this is a very short story and relatively easy to tell.  Any storyteller looking for a five minute story should consider this one.  It goes like this: in in the ancient state of Yueh there is the Yung mountain range.  In a cave in those mountains there once lived a horrible serpent. 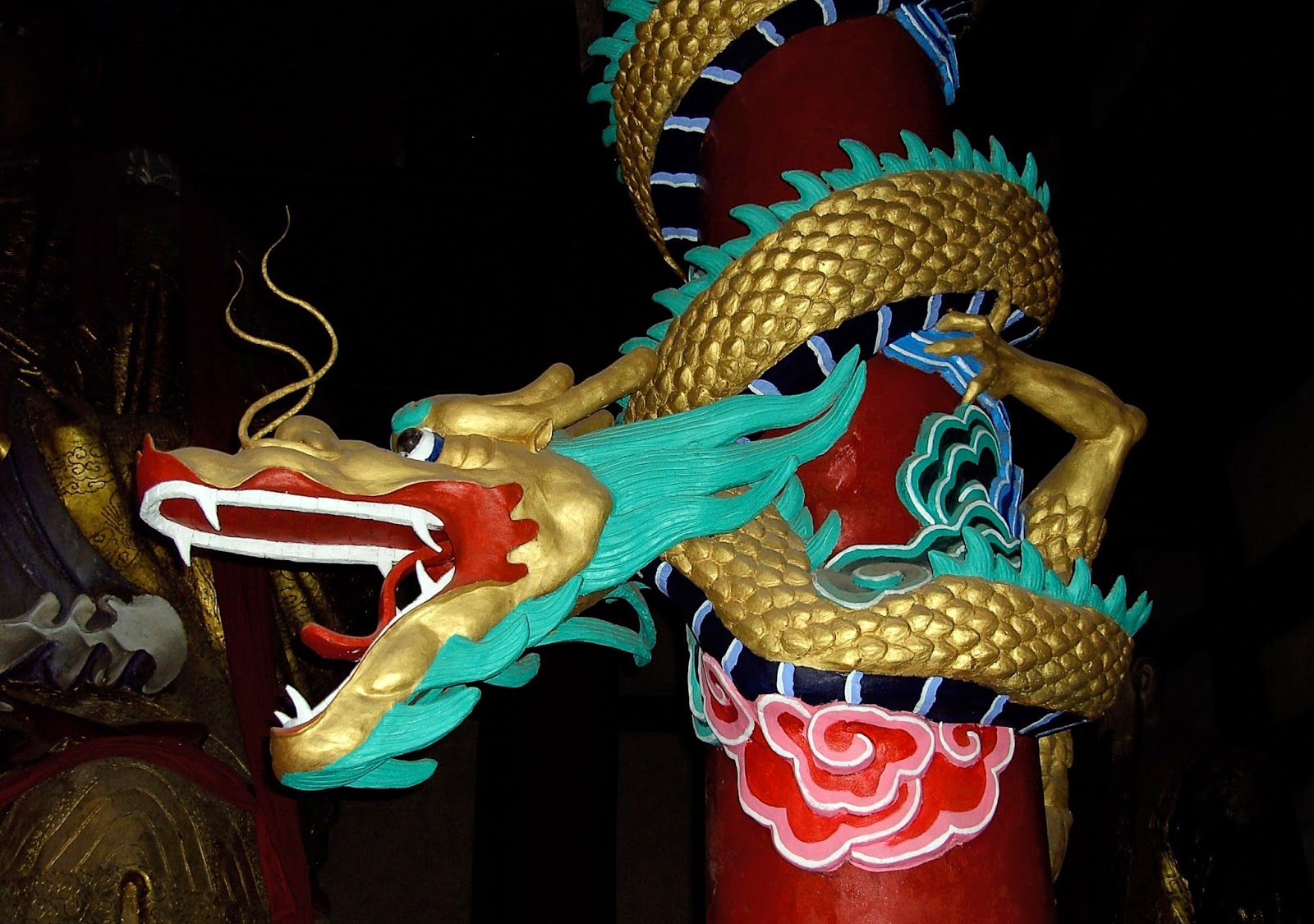 The serpent killed many people and offerings of oxen and sheep did little to appease it.  The serpent then began to appear in the dreams of spirit mediums and made its desires clear: it wanted girls of 12 or 13 years old to feast on.  What else could the officials of the town do?  They would get the children of criminals and bondmaids and sacrifice them to the serpent every year.  Their families were compensated.


Now, word of this eventually reached the household of a man named Li Tan who had six daughters and no sons.  Tan’s youngest daughter Chi decided to volunteer.  Her parents tried to stop her but she told them (and I quote) “Dear parents, you have no one to depend on, for having brought forth six daughters and not a single son, it is as if you were childless.  I could never compare with Ti Jung of the Han Dynasty, who offered herself as a bondmaid to the emperor in exchange for her father’s life.  I cannot take care of you in your old age; I only waste your good food and clothes.  Since I’m no use to you alive, why shouldn’t I give up my life a little sooner?  What could be wrong in selling me to gain a bit of money for yourselves?”


I know this doesn’t really sound like the enlightened female I was talking about, but hear me out.  Just because she said that, doesn’t mean she believed it.  Sometimes it’s easier to get what you want if you tell people what you think they want to hear.  Anyway, it didn’t work and her parents still forbade her from going.  So, she snuck out and went anyway.  She brought along some rice balls sweetened with malt sugar and when she got there she requested a sharp sword and a dog that was good at killing snakes.  You can probably guess what happened, but you can read it for yourself HERE.


Now how does such a structured society like old end up having a story where a girl breaks from traditional roles and plays the hero?  Well, according to the Introduction of the book I got this tale from (Chinese Fairy Tales and Fantasies translated and edited by Moss Roberts), it could have to do with the conflict between Confucian and Taoist thought.  People who followed the teachings of Confucius and served in high ranking positions viewed the world as a balanced series of obligations between higher and lower orders (emperor and subject, husband and wife, human and animal, etc).  Taoist thinkers were frequently critics of such rigid structures and it manifested in popular literature like plays, tales and legends.  I really don’t know much about Confucianism or Taoism, so I’ll take Roberts’s word for it.


There it is!  Probably my favorite butt-kicking, serpent-slaying, Chinese fairy tale heroine. 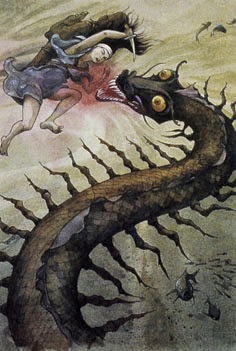 Got thoughts on this story or want to recommend some other heroine stories?  The comments section is below.  You know what to do.
Posted by Adam Hoffman at 12:49 PM