A Fairy Tale in Time and Space.

Now, you may be asking yourself, “What does that have to do with fairy tales?  This blog can’t possibly be going off-mission already?”  Of course not!  Just as this blog approaches fairy tales like they’re something out of sci-fi fandom, it can also go the other way.  It can also approach sci-fi as if it’s a fairy tale.  You can’t be surprised that a modern form of fantastical fiction might take some of its cues from one of the oldest forms of fantasy fiction?  To tell the truth, Doctor Who is far from being “hard science fiction”.  In fact, the science is kind of  . . . wibbley wobbley (major geek points to whoever gets the reference).


So, where do we start with the parallels between fantasy and science fantasy?  Well, there are some obvious connections.  First of all, there’s a connection between programs.  Like this man: 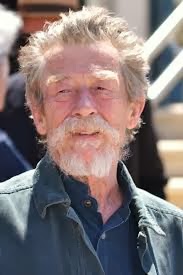 John Hurt, who was both the War Doctor on Doctor Who and the Storyteller from the awesome fairy tale show Jim Henson’s The Storyteller (I WILL be talking about that show again in the future.  There’s also this: 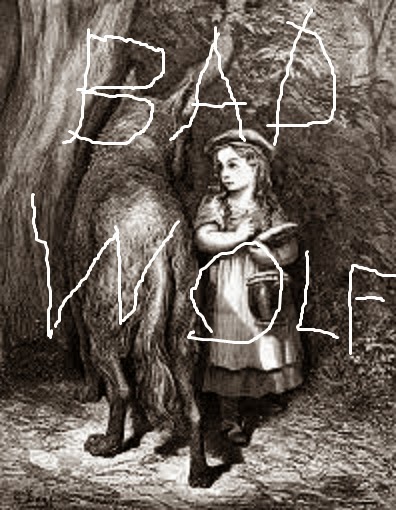 I’m not explaining this one.  Have a link.


Now, there are also deeper connections, like this object: 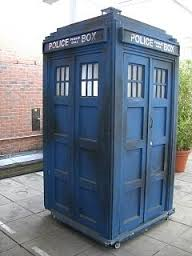 It looks like a normal police phone box from the outside, but on the inside it is anything but.  This little box is a portal to fantastic adventure!  It's a ship that's bigger on the inside than the outside and can transport people anywhere in time or space!  The TARDIS is hardly alone in that respect.  Fairy tales and children’s fantasy are full of objects that seem normal on the outside and hold the fantastic within.  For example, from the Grimm story “Mother Holle” there’s the well that the protagonist goes down in order to find herself in a new world. 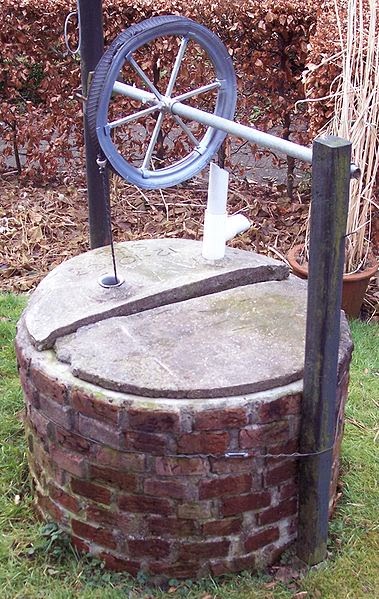 The well idea actually coincides with an old mythological archetype where people have to either ascend or descend in order to find themselves in a new world.  It’s why the ancient Norse thought of the universe as being held up by a giant ash tree.  Or, in more familiar parlance, why else would modern religions think of Heaven as being “up” and Hell as being “down”?  Speaking of ascending and descending, there’s also these. 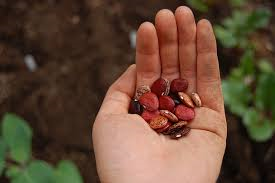 They’re the beans from “Jack and the Beanstalk”.  The beanstalk may have been fantastic, but the beans looked normal.  That’s why Jack’s mother threw them out the window.  Unlike the girl in “Mother Holle”, Jack must go up instead of down.  Moving away from folk tales and into children’s literature, who can forget about the rabbit hole from ’s Adventures in Wonderland? 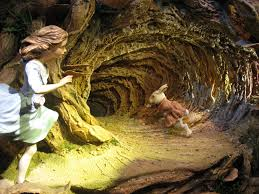 Or the wardrobe from C.S. Lewis’s The Lion, the Witch and the Wardrobe? 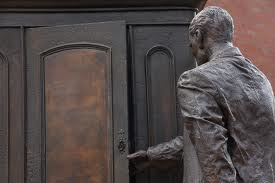 This one is practically acknowledged by the creative staff on Doctor Who in the Christmas special entitled “The Doctor, the Widow and the Wardrobe”.


But what else?  Well, there’s the Doctor himself! 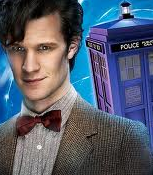 Though the viewers and his travelling companions know who he is, to every about one else he’s a mystery.  He’s a magical, mystery man who seems to know more about everything than anyone around him and disappears without a trace.  These also pop up in fairy tales a lot of the time.  In many cases, they’re old women or crones like the ones in “The Twelve Dancing Princesses” and “Diamonds and Toads”. 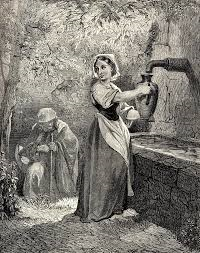 Sometimes, they’re given titles like Fairy Godmother.  On some rare occasions, the role is played by men.  Like the man who sells the magic beans to Jack in “Jack and the Beanstalk” (in this picture played by the one and only Bud Abbott). 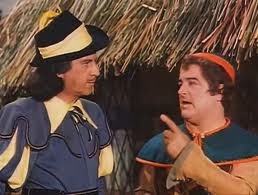 This is also acknowledged by the show a little bit.  The character River Song probably said it best: “I hate good wizards in fairy tales.  They always turn out to be him.”


And lastly, he carries a magic wand! 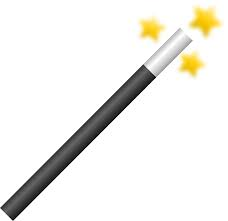 He just calls it a sonic screwdriver and it looks like this:

Okay, okay!  Yeah, I’m pushing the parallels a little bit with that last one.  However, it doesn’t negate my point that science fiction and fairy tale aren’t always as distant from each other as some might think.  There are other examples.  The popular fairy tale site Sur La Lune has a number of products that make use of science fiction fairy tale images.  I’ll link to the Red Riding Hood page.  There are also Rapunzel and Snow White pages.  There’s also the new young adult book series The Lunar Chronicles (sadly, I haven’t had the chance to read any of these yet.  My reading schedule is quite full).  The website EnchantedConversation also reports that a new science fiction movie entitled Jupiter Ascending is in the works, based loosely on “Snow White and the Seven Dwarfs”.  Of course, I can’t forget the leviathan of all science fantasy fairy tales . . . 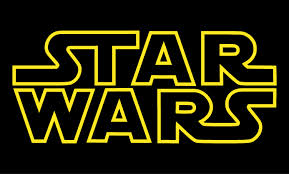 But, ahem, I’ll probably talk about that more at a later date.  I’m interested to hear from readers.  What your thoughts on science fiction fairy tales?


Until next time, all I have to say is “allons-y!”