Folk Tale Secret Stash #1: How Six Men Got on in the World. 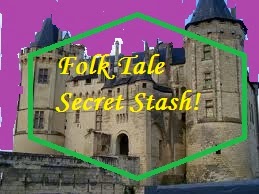 Hello, fellow fairy tale geeks.  You know, in every comic book fan’s life, there comes a time when he must make a stand and let the world know why some largely unsung, obscure comic book hero is their favorite.  So, must it also be true of fairy tale fans.  For, in world folklore there are hundreds if not thousands of amazing stories that are unknown to the general public.  They are stories that don’t generally make it into the children’s picture book adaptations or get turned into animated movies by the folks over at Mouse-Ears Incorporated.  That is what “Folk Tale Secret Stash” is about.  It’s my chance to make my case for why some favorite story of mine is good enough to stand next to all the “Cinderellas” and “Little Red Riding Hoods” of the world.  That said, I give you my first choice.  I present you with:

“How Six Men Got on in the World”

I know, it’s not the most amazing title in the world.  But trust me, this story is worth it.  It comes to us courtesy of these two: 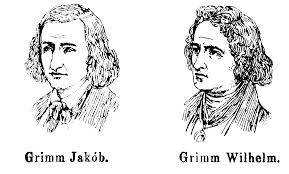 Jacob and Wilhelm Grimm.  Chroniclers of German fairy tales extraordinaire.  Despite their reputation for collecting fairy tales, these two are probably the kings of unsung tales.  While a good dozen or so of their stories are well-known, about 198 or so are obscure.  I actually first encountered this story on this show (sing along if you remember it): http://www.youtube.com/watch?v=bBzlKHMwK6Q


The story starts out with “A man who understood all kinds of arts; he served in war and behaved well and bravely.”  Basically, he was a soldier.  If you know your fairy tales, you’ll know that soldiers are common protagonists.  Almost as common as any princess or servant girl (and personally, as a guy, I always like when a fairy tale has a real male protagonist).  Anyway, it looks like I need a picture of our hero.  Many of these stories weren’t illustrated, so I may need to find a stop-gap.  A picture of a heroic soldier and leader of men . . . 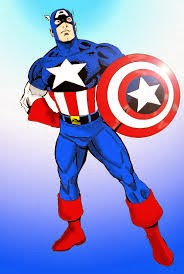 There, that’ll do in a pinch.  Okay, maybe that’s pushing it a little.  Our hero would actually be more like “Captain ”.  So, he’d probably look more like this: 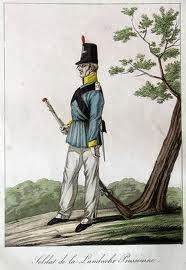 Anyway, our hero the soldier heads to the castle to get his due rewards for his military service.  He ends up getting 3 copper coins and being told to hit the bricks.  So, our fine soldier heads out and does what any self-respecting soldier does when he faces trouble: he starts recruiting people with super-powers! 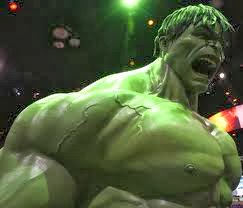 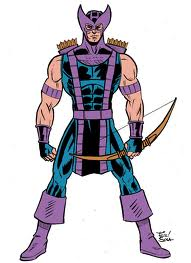 A man with phenomenal speed 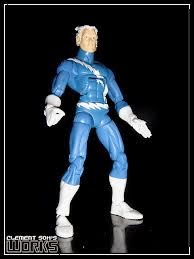 Okay, I know, I know!  Still kind of pushing it (but hey, like I said, I’m short on illustrations).  You get where I'm coming from on this though, right?  Anyway, the group is rounded out by a man with super-powerful breath (in terms of force, not smell) and a man who can cause a blizzard just by taking off his hat.  They get together and come up with a plan to hit the stingy king where it hurts and separate him from his treasury.  I won’t spoil the chain of events, but what follows is a story involving a haughty princess, a foot race, a very hot death trap and a chance for everyone to show off their considerable skills.  You can check out the whole story here: http://classiclit.about.com/library/bl-etexts/grimm/bl-grimm-how6men.htm. This one’s got it all.  It’s part Avengers and part Robin Hood with maybe a dash of Ocean’s 11.  It has six distinctive protagonists all with their own memorable skills.  All that, plus no one has to marry a princess.  It’s for reasons like these that I think this story deserves a place in the fairy tale hall of fame.