Hey everybody!  In the wake of last night's 2021 Academy Awards, there have been a number of questions about the recent Pinocchio movie that was released last year.  So, here we are with some answers. 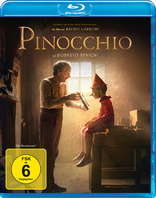 Q) Did you know there was a new Pinocchio movie?

A) Yes.  Like many people who are really into fairy tales here on the internet, I've been keeping my eye on this one for a while.  In fact, I own the blu-ray of it.

Q) Is this a Disney animated remake thing?

A) No, that one is coming, though.  It's set to be directed by Robert Zemeckis (oddly fitting because the motion capture stuff he does for movies like The Polar Express and Beowulf seem kind of like digital puppets).

A) It's an Italian production by director Matteo Garrone, who had previously made an R-rated movie adaptation of Giambattista Basile's fairy tale collection The Tale of Tales.  This new Pinocchio movie features Roberto Benigni playing the role of Geppetto among other fairly accomplished Italian actors.

Q) You're sure this isn't a Disney thing?

Q) Don't you find the Pinocchio in this movie kind of creepy?

A) Not really.  I understand this is "uncanny valley" territory for a lot of people, but I find making up a human to look like a wooden puppet a far better choice than using a special effect or visual effect to depict a living doll or puppet.  That can turn out especially creepy if done a certain way.  And it seems like the look of this movie was appealing to other people too, since the Oscars it was nominated for were Best Costume Design and Best Make-Up and Hairstyling. 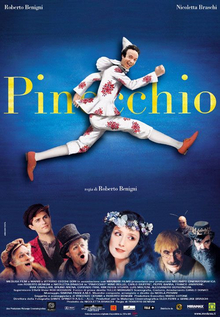 A) Well, I can't speak for the man but it's probably because The Adventures of Pinocchio by Carlo Collodi is THE children's classic story from Italy with the most worldwide appeal.  This shouldn't be unfamiliar to Americans, as we also have only one big children's fantasy story with widespread appeal (L. Frank Baum's The Wonderful Wizard of Oz, with diminishing returns for the sequel books).  You'll also notice that Benigni is in different roles in the two movies.  In the 2002 movie, Benigni is the director as  well as plays the part of Pinocchio himself (in fact, all of the children are played by adults.  It's weird, and not in the way Pinocchio usually is).  In the 2020 movie, he's just playing the role of Geppetto.  Approaching the same material from different angles can be rewarding. 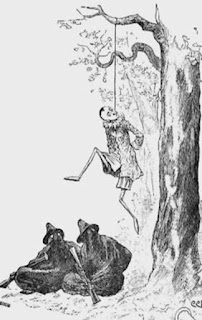 Q) Should I watch this movie?

A) Okay, here's the thing: Most Americans known Pinocchio primarily from the Disney movie.  This isn't that movie.  This movie is primarily based on the original book by Carlo Collodi, which has a decidedly different tone than the Disney film.  Collodi's book and this movie can be much darker and deal with some bleaker truths.  It also just generally draws on a much more 19th Century European view of child-rearing that suggests that the job of parents is to "civilize" their children.  At the same time, Collodi also kind of subverts that impulse by showing Pinocchio becoming victims of characters much worse and more "uncivilized" than he is ("Why raise civilized children in an uncivilized world?").  Disney's childhood ethos, by comparison views childhood as a magical, nostalgic time full of wonder.  The movie and the book are also much weirder than Disney's movie.  I mean, sure, Disney's movie is kind of strange, but they ground it by limiting certain things.  Disney's Pinocchio is the only talking puppet, brought to life by magic.  Collodi's Pinocchio is one of many living puppets.  For Disney, the Fox and the Cat are the only talking animals.  For Collodi, there are many others ranging from snails to poodles to a judge who's a gorilla.  Disney's Pinocchio is swallowed by a whale, Collodi's is swallowed by a giant dogfish (a dogfish being a species of shark usually just a meter long).  It's like if Wonderland resembled 19th Century Tuscany.

So, if you're okay with all the weirdness and bleakness and want to see something that's decidedly un-Disney, give it a shot.  It can be a little slow and episodic at times, but I liked it.

Well, that's all!  I hope I was able to help out a few people!  See you next time!