Well, that was fun.  I had my hiatus (more or less) to relax and get my ducks in a row.  I've reconsidered how I'm going to approach things here.  But this is to announce that the Fairy Tale Geek is back! 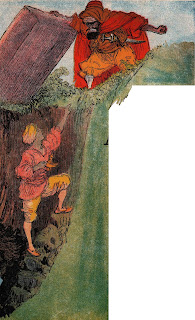 So, what can we expect in the near future?  Well, let's break it down a little bit.

Folk Tale Secret Stash- It's still going to be me making my case for folk tales that I think deserve more attention.  However, I'm going to try to make it even more international.  I've noticed that I've had some really big blind spots in my folk tale promotions, notably the continent of Africa and to a lesser extent North and South America and the Middle East.

Fantasy Literature Rewind- Still bringing back classic works of fantasy literature for another look.  On the occasions that I can tie it in with a recent movie I will.  But there are some other ones without tie ins that I definitely want to cover.  I want to spotlight more E. Nesbit and George MacDonald and get to Frank Stockton's stories and some of L. Frank Baum's less easily remembered works.  And while we're at it, can you believe I haven't covered The Wind in the Willows yet?  I also think I have a good one for March (I nearly did A Wrinkle in Time because of the upcoming Disney film, but I think this one has more folkloric mojo).


Fairy Tale Media Fix: Movie and TV reviews and spotlights on a case by case basis.  However, for part of this I want to have a little more fun with the format by adding some audience participation.  You see, I happen to be in the possession of the famous Cannon Movie Tales (well, most of them anyway).  In many ways, they are the holy grail of 1980s low-budget fairy tale films.  But it could take me a while to get around to viewing and reviewing all of them.  So, I want to make sure that my readers get to read the reviews they most want to see.  So, that's why I've added that poll widget on the left side of the blog.  So, the results of that poll will decide which movie I review next. 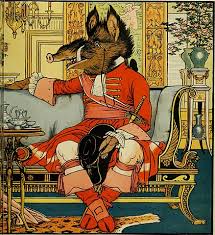 And that covers the "Big Three" columns on the blog.  Yes, I know I didn't mention Four-Color Fairy Tales or Fairy Tale Fandom Book Report or Once Upon a Pixel or The Top Seven, but those ones will pretty much come along as the situation demands (maybe not Top Seven, that one's kind of a pain in the butt to write).  I also won't be taking any review requests for a while because I'd really like to work my way through the stuff I've already amassed on my own that sits on my bookshelf unread.