Before getting to the meat of this post, I’d first like to welcome InkGypsy back to the fairy tale blogging circle.  She has been on hiatus for a considerable amount of time but now Once Upon a Blog is back.  I always thought there was a certain amount of symmetry between Gypsy’s blog and mine.  We both cover the pop culture angle but Gypsy’s blog is much more up to the moment while I post a lot more retro reviews.  To use a music industry analogy, Gypsy tends to talk about the new albums that are about to drop while I’m the one digging through the box of old 45s saying “Hey, remember this?  Let’s see if it still holds up!”

But speaking of my fairy tale blogging colleagues, some of them give me ideas for posts even when they’re not trying too.  For example, in the comments of my “Fairy Tale School” post, Kristin from Tales of Faerie said she had no idea so many fairy tale retellings took place in school settings.  I noted that they weren’t so much retellings as character mash-ups.

However, that made me realize something.  To some extent, fairy tale character mash-ups don’t make much sense.

The thing about fairy tale characters is that they’re flat.  Fairy tale characters lack nuance and depth.  They are archetypical in the extreme.  We only know these characters by their positions and their actions.  Sometimes they don’t even have names, they just have designations like the Prince, the Princess, the Woodcutter, the Tailor, etc.  So, the question becomes: why do we love them so much?
Why do we get such a kick out of putting a bunch of these characters or their descendants in the same setting and watching them play off of each other? 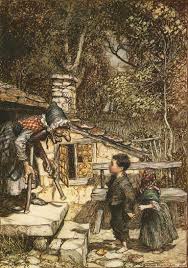 Well, I think it ultimately comes down to what we and the writers of these various retellings and mash-ups brings to them.  Fairy tales aren’t the only genre to utilize flat characters.  Nintendo has notoriously resisted giving most of their characters like Mario and Link voices and defined personalities.  Their logic is that their lead characters are avatars that the player can project their own voice and personalities onto.  Mattel has a similar approach with their fashion doll character Barbie.  She’s supposed to be whatever little girls want her to be and thus has no defined character traits.

I think this can backfire too, though.  When a character has so little defined personality, a lot of attention falls on their physical form.  I’ve long held the theory that the reason there is so much concern over Barbie and little girls trying to emulate her appearance is because there is nothing else for them to emulate.  Children will often imitate the media figures in their life.  I know as a little boy I used to pretend I was He-Man or a Ninja Turtle quite frequently.  But with Barbie there’s nothing there to imitate except her appearance.  In order to make her anything to any little girl, they made her nothing.  The same issue falls on popular versions of fairy tale characters.  Disney never went into much detail when fleshing out their early princess characters like Snow White, Cinderella and Aurora.  The extent of who they are seems to be summed up as “pretty and kind”.  With so little else to work with, parents started to worry what the effect of these characters is on their daughters.  That’s likely why Disney went to a lot of trouble to redefine Cinderella in their 2015 movie. 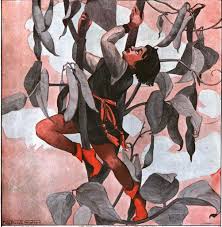 Flat characters can allow readers to project onto them but they also provide with a blank slate for writers to paint on.  In some cases that results in iconic takes on the characters that are often imitated.  Disney’s version of Belle from Beauty and the Beast is a good example.  Disney defined their Belle as an independent-minded intellectual and a voracious reader.  Ever since then, I’ve rarely seen a version of Belle that hasn’t regularly carried a book in her hand.  It can also result in some unusual takes that are creative but might not work for some people.  I’ve encountered a few of these in Bill Willingham’s comic book series Fables.  As you folks probably know, I am a big fan of “Jack and the Beanstalk”.  However, I was always a bit put off by Willingham’s depiction of Jack as a dislikable scumbag.  I understand the reasoning for it.  Jack did steal from the giant in “Jack and the Beanstalk” and he uses trickery in numerous other Jack tales.  However, Willingham’s Jack was just too slimy for me.  I also didn’t care for his depiction of the seven dwarfs as Snow White’s abusers and slave drivers.  Willingham’s two most popular characters are probably Snow White (who I have a couple of different versions of in my head) and the Big Bad Wolf (who I never had much interest in).  On the other hand, there are versions of the characters I like that others might not.  For example, as mediocre as Shrek 3 was, I have a strange soft spot for that movie’s version of Snow White.  Snow White in Shrek 3 is depicted as kind of a haughty, catty mean girl.  I think that’s hilarious and makes an odd kind of sense.  Who wouldn’t get kind of full of themselves if they were told from an early age that they were the fairest of them all.  I know it’s not for everyone and that interpretation wouldn’t work for every story that people would want to use Snow White in, but I like it. 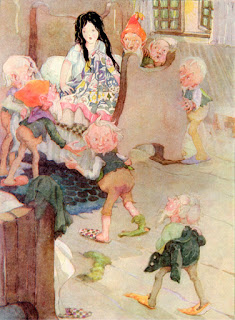